Fans thought that the Kylie Cosmetics founder’s half-brother Brandon Jenner’s comment showed that he had no idea she was pregnant.

Kylie Jenner, 24, may have kept her pregnancy a secret from some of her family members. Fans were surprised by the comment that her half-brother Brandon, 40, left on her announcement video on Tuesday September 7. He showed excitement, but he also sounded genuinely surprised to find out that his half-sister was expecting her second child with her boyfriend Travis Scott, 30. “No way!” he wrote. “Congratulations.”

After Kylie’s sweet pregnancy announcement video dropped on Tuesday, Kylie’s family showed so much love and support for the beauty icon. Her sister Kendall, stepsisters Kim, Khloé and Kourtney Kardashian, and mom Kris Jenner all left sweet comments, congratulating the youngest Jenner sister on her pregnancy. Even Kourtney’s boyfriend Travis Barker left a sweet comment for her, but fans were left scratching their heads at Brandon’s response. Even though it was sweet, fans thought that it was strange that he sounded like he had no idea. “Your sister didn’t tell you she was pregnant?” one person responded to his comment.

Fans thought that the comment showed that Brandon found out about the pregnancy on Instagram. Brandon and Kylie are half-siblings, sharing their dad Caitlyn Jenner. Caitlyn — then still going by Bruce Jenner — had Brandon with her ex-wife Linda Thompson in 1981. The couple divorced in 1986, and Caitlyn married Kris in 1991 and stayed married to her until she transitioned in 2015. Caitlyn and Kris had Kylie in August 1997. 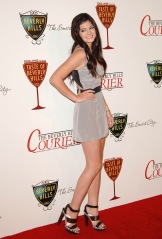 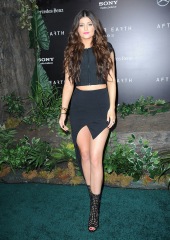 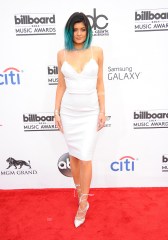 Kylie seems over the moon to be having her second child with the Astro World rapper! There’d been rumors that she was pregnant since August, when sources close to her told Page Six that she was expecting. Kylie and Travis already have a three-year-old daughter Stormi Webster together. She was born in February 2018. Along with the pregnancy announcement, Stormi seems excited to be a big sister. In the announcement video, the couple’s daughter was taped kissing her mom’s baby bump. It was such a cute moment, and the girl will definitely make an amazing older sister! After the announcement was made, Kylie also posted a stunning Instagram photo, where she wore a white dress that showed her baby bump!