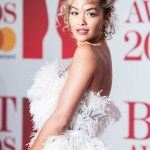 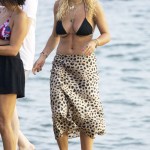 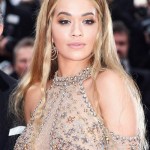 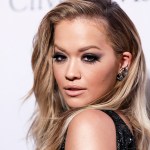 Rita Ora, 30, sure knows how to dress to impress. On August 18, the singer looked incredible as she flaunted her figure in a sheer black dress for her boyfriend, Taika Waititi’s, 46, birthday party.

Wearing a head to toe sheer ensemble, Rita effortlessly pulled off her hottest look yet! In the series of photos, which you can see below, she looked simply stunning and flaunted her incredibly toned physique in the best way possible.

In the series of photos, Rita rocked her blonde hair parted down the middle with her curls falling into place perfectly. The barely-there dress featured darker panels that covered modest parts of the singer’s body. As far as her makeup, sheer perfection. The English singer opted for heavier eye makeup with a perfect cat-eye and a nude lip to perfect her pout. She accessorized the look with silver bracelets and tall black heeled boots to complete the glamorous look. She captioned the photo, “Cutie with the boot – ieeee.” 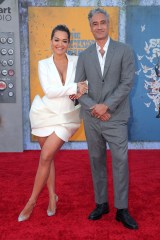 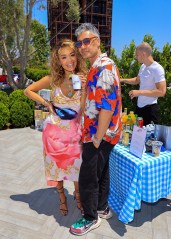 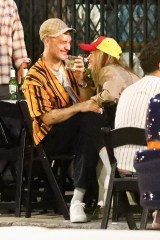 Fans loved the look and made it known in the comments. “Are you fire or what,” one fan stated, alongside a few fire emojis. While another commented, “You actually go off”. Undoubtedly, Rita is living her best life and looks fierce and phenomenal in the shots.

In a separate post, the “Let You Love Me” hitmaker was in her element enjoying her time with her beau and happily shared the sweet moments on Instagram while they cuddled up to each other. She appeared happy as ever and shared the photos of them with a simple yet sweet red heart.

What’s a celebration without a few of your closest friends? During the birthday outing, the new couple was joined by fellow celeb friends, Charlie XCX, Evan Ross, Miguel, and more joined in on the fun-filled birthday celebrations.

The adorable photos come two weeks after the couple made their rumored romance official. Rita and Taika walked their first red carpet together on Aug. 2. Just over three months after first sparking dating rumors, the singer and director confirmed that their relationship is the real deal when they attended The Suicide Squad premiere together.

While this relationship may be new, Rita and Taika are hitting the ground running and putting their undeniable chemistry on full display.