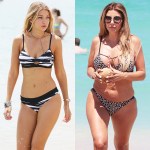 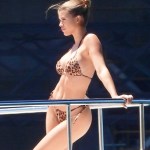 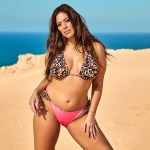 Rita Ora rocked a billowing satin cover up over her zebra print bikini in a series of luxe photos from Mykonos.

Rita Ora celebrated the upcoming release of a new track with the ultimate ensemble: a billowing satin cover up for her zebra print bikini and gold platform heels to match. The English singer, 30, shared a series of opulent snapshots from Mykonos, Greece ahead of the drop of the acoustic version of her song “You For Me” with producer and DJ Sigala.

“Summerrrr! Thank you to everyone for the kind words and for giving #YouForMe so much of your love!!” she captioned the Instagram post on Thursday, Aug. 5. “Acoustic version out TOMORROW!!!” Rita finished the regal look with sunglasses and a bold red lip.

The post comes after the singer and her director boyfriend Taika Waititi made their red carpet debut at the premiere of Suicide Squad 2, in which Taika stars, in Los Angeles on Monday, Aug. 2. The couple first sparked romance rumors in April after the singer buried a photo of the two getting cozy within several slides in an Instagram post (below).

The romance rumors reached a fever pitch when the duo were photographed getting cozy with Tessa Thompson in Australia in May while Tessa and Taika were working on Thor: Love and Thunder. The viral snapshots showed Tessa and Rita going in for a kiss with Taika sandwiched in the middle — his arms around both of them. 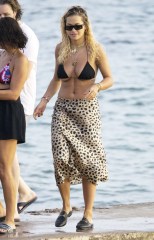 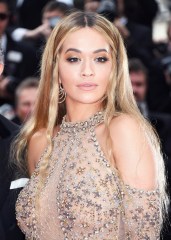 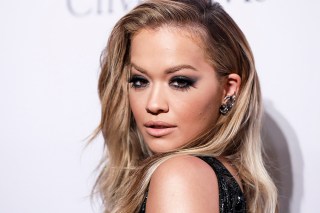 Taika addressed the snapshots in an interview with The Sydney Morning Herald in June and brushed off the fanfare. When asked if the photos circulating on the internet had upset him, the director replied, “Not really. I think in the world of the internet, everything goes away pretty quick. And also, ‘is it that big a deal?’ No, not really. I was doing nothing wrong. It’s fine.”

Taika was previously married Chelsea Winstanley for six years. Page Six reported last March that the couple quietly separated in 2018. The two share children Matewa Kiritapu, 6, and Te Hinekāhu, 9, together. Rita has previously dated Rob Kardashian (and admitted that she “forgot” about the “short-lived” but “fun” relationship in an interview with The Sunday Times last December), Calvin Harris, and Andrew Garfield.