‘Growing Up Chrisley’ will see Savannah & her ex Nic Kerdiles navigate a potential reunion after ending their engagement in Sept. 2020.

With the new seasons of both Growing Up Chrisley and Chrisley Knows Best, one of our favorite TV family’s is back where they belong! Savannah and Chase Chrisley joined the HollywoodLife Podcast to discuss the new season, and the Sassy by Savannah founder opened up about rekindling her relationship with ex-fiancé Nic Kerdiles. “Nic and I are together...He’s in my day to day life, and we’ve just kind of decided to keep things private and we’re trying to figure it out for ourselves,” Savannah revealed. “The only way to do that in a healthy manner is to keep the world out of it as much as possible, as that just adds another layer of difficulty and drama, pressure, really any bad emotion you could feel.”

The couple, who called off their engagement in September 2020, started dating three years prior. “Nic has been in my life for going on four years now, and a lot has changed in those four years. Obviously me starting my business Sassy — and that’s been in the nine months since its launch, it’s been a huge success, and it’s been so much fun,” Savannah explained. “I feel like in order for me to be my best self in the relationship, in order for Nick to be his best self, we have to feel fulfilled within our own selves. And I think that’s been the thing we both been trying to figure out is how to get to that point. And if we do, where does that lead us?”

She added, “I’m just at a place in my life to where I’m still coming into who I am and figuring out what I want out of life and my career.” In the exciting trailer for Growing Up Chrisley, fans saw a sneak peek at Savannah struggling in the dating department, before sitting down with Nic in what looked like a meaningful conversation. “We’ve just kind of taken it day by day. Doing therapy, and just talking more in-depth, because I feel like we were so focused on the honeymoon stage of things that we didn’t have the hard conversations, and now we’re obviously forced to, so it’s a blessing in disguise,” she continued. 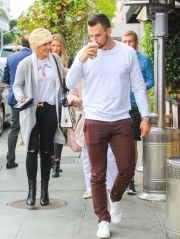 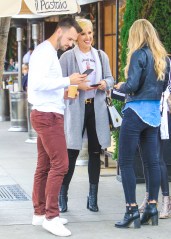 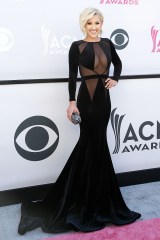 As for Savannah’s brother Chase, the trailer sees the 25-year-old buy an engagement ring at his girlfriend, Emmy Medders‘ suggestion that she would like to be engaged before being his “roommate.” “I definitely do not have a roommate,” Chase admitted on the HL podcast. “Times have definitely changed.” Oh boy! The budding real estate agent teased that fans will just have to tune into the show to see what happens.