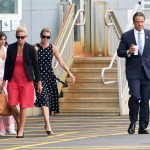 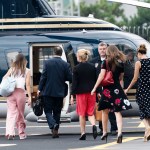 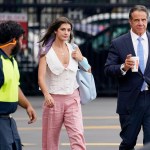 Andrew Cuomo was photographed getting on a helicopter with two of his three daughters moments after resigning amid allegations that he sexually harassed eleven women.

Andrew Cuomo‘s daughters were by his side after he ended his 40-year political career on Aug. 10.  The 63-year-old New York governor resigned from his position, which he’s held for three terms, after being accused of sexually harassing eleven women, including former aides. He was spotted getting on a helicopter with two of his three children, including daughter Mariah, 26, who is the twin of his other daughter Cara, and youngest daughter Michaela, 23, just moments after making a speech about leaving his position at a press conference.

The Democratic politician was also joined by two of his top aides, including Melissa DeRosa, who quit her position on Sunday, and Stephanie Benton, who was reportedly seen with him in the Executive Mansion earlier this week. Andrew was still wearing his suit and blue tie during the outing as Mariah wore a short-sleeved black dress with a white and red floral print and black heels, and Michaela wore a sleeveless white blouse, pink pants, and white sneakers. 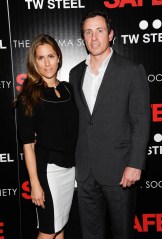 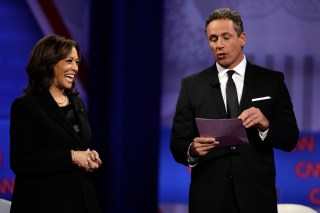 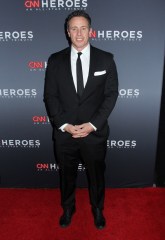 Melissa donned a sleeveless black dress with white polka dots and wedged shoes and Stephanie showed off a black blazer over a red jumper with shorts and black heels. The soon-to-be ex-governor was carrying what appeared to be a coffee cup from Dunkin’ and didn’t pay much attention to nearby cameras as he focused on getting on the helicopter with his family and staff.

Before he and his daughters boarded the helicopter, Andrew explained why he was deciding to resign after making headlines when the sexual allegations against him were being investigated over the past several months. “Given the circumstances, the best way I can help now is if I step aside and let government get back to governing, and that’s what I’ll do, because I work for you,” he said in his speech while also announcing that NY lieutenant governor Kathy Hochul will take his place.

“Doing the right thing is doing the right thing for you, because as we say, ‘it’s not about me; it’s about we.’ Kathy Hochul, my lieutenant governor, is smart and competent. This transition must be seamless,” he explained before addressing the recent spread of the Delta variant of the COVID-19 pandemic. “We have a lot going on. I’m very worried about the Delta variant and so should you be, but she will come up to speak quickly, and my resignation will be effective in 14 days.”

The father also mentioned his daughters in the resignation speech. “In many ways I see the world through the eyes of my daughters,” he said. “I never did and I never would, intentionally disrespect a woman or treat any woman differently than I would want them treated. Your dad made mistakes, and he apologized and he learned for it and that’s what life is all about.”

Prior to Andrew’s resignation, the investigation into the sexual harassment allegations against him concluded that he that he “sexually harassed multiple women” and in doing so, violated federal and state law.”