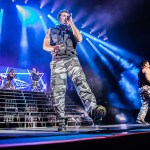 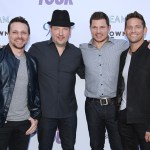 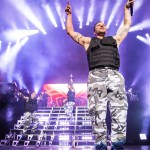 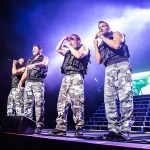 Pop group 98 Degrees speaks exclusively to HollywoodLife about their new music, the band’s legacy, and a potential tour with NSYNC and Backstreet Boys.

98 Degrees is back! The pop group released “Where Do You Wanna Go” on July 9, their first original release in more than eight years, ushering in a new sound for a new millennium. The track is part of “98 Days of Summer,” a campaign that has so far featured throwback clips and photos, unreleased songs, and soon, an EP titled Summer of 98 (out August 8), which will feature remixes of the group’s biggest hits and brand new songs.

Enter: “Where Do You Wanna Go,” an upbeat pop tune that still possesses the distinct nostalgic cues of beloved 98 Degrees songs of ’90s past. That’s because for members Nick and Drew Lachey, Justin Jeffre, and Jeff Timmons, it’s all about remaining true to the group’s roots. The band recently spoke exclusively to HollywoodLife about the new song, the band’s legacy, and, of course, a potential NSYNC and Backstreet Boys mega tour.

“It is always a fine line of trying to find songs that fit our sound [while continuing] to grow as artists,” Justin, 48, told HL of creating new music. “But you don’t want to chase something and try to be something that you are not. You got to stay true to who you are as artists, and I feel we have been able to strike that with a good balance with the latest recordings.”

“We are constantly looking to find that fine line and walk that line [of] staying current and also have that classic sound that our fans want to hear from us,” Drew, 44, added. The band knew that “Where Do You Wanna Go” remained true to that classic sound. “We couldn’t be happier [with] the way it turned out,” Drew added. “You definitely get a feeling when you hear a song, whether it is going to be a hit.”

With NSYNC members Lance Bass and Joey Fatone coming together with BSB members Nick Carter and AJ McLean this summer for a special Pride Month event, one major question permanently resides in the back of every ’90s boy-band enthused fan’s mind: could a 98 Degrees, NSYNC, and BSB mega tour be on the horizon? Maybe. “There is a real appetite for it,” Nick, 47, told HL. “What was once not even an option [is] now something that people are really thinking it would be a really cool thing.” 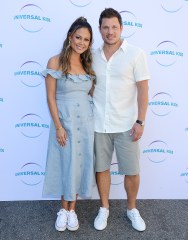 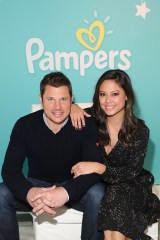 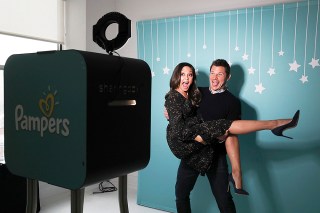 Nick added that the group “would jump at the chance” to be part of that mega tour. “I think it would be an epic once in a lifetime moment,” he told HL. “I think the fans would go crazy for it, so hopefully that comes around at some point.” It would elicit fervent responses, indeed. The band rose to prominence in the late ’90s and early 2000s with a devoted fanbase — one that still very much remains today.

When asked what they believe their legacy would be, the band cited a career rooted in hard work and the ability to treat people with respect and kindness. Jeff, 48, told HL,  “We all prided ourselves with respect and working hard and putting out a really great product. I think we stayed true to that, and we are continuing to do that.” He added, “And as long as our fans are out there embracing us, then we will keep going with it.”

98 Degrees are scheduled to make their return to the stage this summer and will perform Thursday, Sept. 16 at the Mandalay Bay Beach as part of Mandalay Bay Resort and Casino’s 2021 Concerts on the Beach Series.  The show is scheduled to begin at 9 p.m.