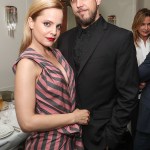 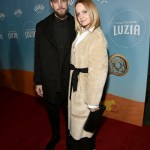 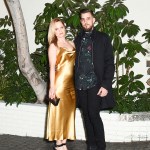 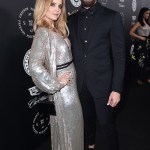 The ‘American Beauty’ actress has borne her soul in her new book, ‘The Great Peace,’ revealing her past drug use.

Mena Suvari is revealing her past drug use in her powerful new memoir, The Great Peace. In the book that went on sale on July 27, the 42-year-old actress admits the extent of her substance abuse, which was her way of coping with the “repeated sexual abuse” she says she suffered from “the ages of 12 and 20.”

“I took drugs to numb myself from the pain,” Mena writes. “Alcohol. Pot. Coke. Crystal meth. Acid. Ecstasy. Mushrooms. Mescaline. It was my way of detaching from the hell of my existence – and surviving.”

“As my career took off, this life of mine was my secret – my secret world of shame, embarrassment, and guilt,” the American Beauty star admits. In The Great Peace, Mena describes a series of abusive relationships and accuses the best friend of one of her brothers of allegedly sexually assaulting her, taking her virginity when she was just 12. “No matter how many times I said, ‘No, I don’t want to do that,’ and implored him not to do it, he didn’t hear me,” she says of the heartbreaking experience that left her full of “shame and fear.”

Within a few years she writes that she was getting wasted on booze and marijuana, even drinking liquor during her lunchbreak at school. Mena says she was introduced to meth during a family trip to visit one of her brothers in Colorado when a man in his 20s offered it to the teen at a house party.

“He presented it to me, and I hovered over the table and snorted it,” she says in the book. “One thick line went up my nose and my entire world shifted. Everything I had ever known or even cared about was gone. “This wasn’t just some marijuana. It didn’t relax me and drop me into some chill vibes with these partygoers. Whatever it was I snorted put me on a whole new flight path.”

Mena says her subsequent meth use “led directly to paranoia.” Although she maintained her grades in high school, her “health suffered.” “My entire back broke out in acne. I’d always had perfect skin,” she says in the book. “I knew it was the meth.”

Now clean and sober, the actress has been married to Michael Hope since 2018. Their son, Christopher, was born in April 2021.