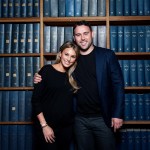 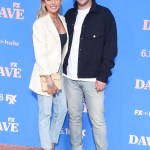 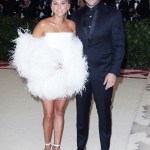 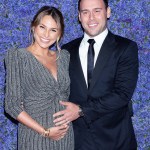 Amid reports that they were separating after seven years as husband and wife, Scooter Braun and Yael Cohen have officially called it quits.

Scooter Braun and Yael Cohen have decided to hit “pause” after nearly a decade of marriage. The couple – who reportedly began dating in 2013, married in 2014, and have three kids together – confirmed the news amid multiple reports of a separation. Scooter, 40, officially filed for divorce from Yael, 34, in Los Angeles on July 21, citing “irreconcilable differences.” According to court documents obtained by HollywoodLife, Scooter has requested joint custody of their three children and has agreed to pay spousal support. A-list divorce attorney Laura Wasser, who has repped the likes of Kim Kardashian, will be representing Scooter.

The split comes on the heels of Scooter and Yael’s seventh wedding anniversary. “If just for the kids you have given me everything. But thanks to you I have grown, I have been pushed to be the best version of myself and to continue growing and learning,” Scooter captioned a July 6 Instagram post. In the pic, taken from their wedding, Scooter dances with his new wife on the floor while Ed Sheeran performed in the background. “That all happened because you came into my life. 7 years. The adventure is just beginning. Thank you Yae. I love you. Happy Anniversary” added Scooter. Following the wedding, the couple started a family and share three kids — Jagger, 6, Levi, 4, and Hart, 2.

Rumors of the separation appeared days before the couple confirmed the break. Scooter, best known for discovering Justin Bieber and getting into a fight with Taylor Swift over ownership of her masters, and Yael were reportedly dealing with a “rocky patch” according to Page Six, who also reported that they were no current plans for them to get divorced. The couple is “taking some time apart to sort things out,” according to PEOPLE, and Us Weekly noted that while they are currently living together, Scooter will eventually move out.

Couples Who Love Breaking Up & Making Up 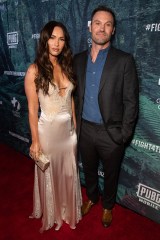 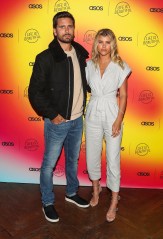 “I found that people who have a foundation of family — whether it be with the family they make with their friends, the family they start, or the family they already had — they’re able to sustain a lot better because that’s what really matters,” Scooter said during 2020 episode of Ashley Graham’s Pretty Big Deal podcast. “I don’t think I actually figured it out until I met my wife Yael. There was my insecurities; I was having a lot of success and I was looking for what validated me. And then when I met her, I realized, between her and the kids, I don’t need that validation anywhere anymore. I can just do good work and I can try and be kind to people. Other people’s issues are not my issue. I can only control my own actions. But she kind of gave me that comfort that I’m enough.”