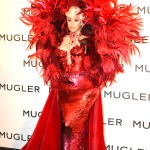 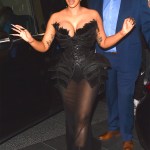 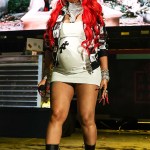 ‘WAP’ hitmaker Cardi B, and former ‘Fifth Harmony’ singer Normani have stripped down for the cover of their upcoming song, Wild Side.

Normani has given fans the first glimpse of her sultry cover art for her latest collab with rapper Cardi B. The duo have teamed up for a new track, “Wild Side”, and they stripped down for a stunning photoshoot accompanying the single — see the pic here. “Get your coins ready @normani 7/15 9pm PST,” Cardi captioned her July 14 Instagram post, which showed the pair laying on a silver slab, with long brunette wigs strategically placed on their bodies.

The raven tresses wrapped around the singers like vines, and the track’s title was spelled out above their heads in a font made to resemble the curls in their hair. Cardi also took to her Instagram Story to tease “Normani’s big come back” into the music scene. Of course, fans would recall she was originally a part of the girl band Fifth Harmony, formed on The X-Factor in 2012, alongside members Ally Brooke, Dinah Jane, Lauren Jauregui, and Camila Cabello.

“Senorita” singer Camila was the first to leave the group in 2016, and the final four members parted ways shortly after. This Cardi B collab will mark Normani’s first single in nearly two years. “I feel like this is Normani’s big comeback and I want you guys to treat it like it’s her birthday,” Cardi said on her Instagram Story. “This song and everything is amazing and I am so proud of her. I am just the support team! You guys are gonna see Normani in a different light. Oh my gosh! I am so excited this is amazing!” 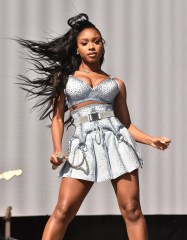 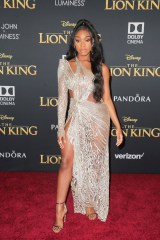 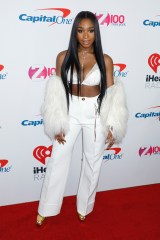 The chart-topper also gave fans a peek at her growing baby bump, having recently announced she’s expecting her second child with husband Offset. The married pair already share three-year-old daughter Kulture, who recently celebrated her birthday with a very lavish party. Cardi took to her Instagram Story on July 10 to share a slew of pics and videos from her mini-me’s fairytale-themed bash, which featured ponies, princess, and plenty of pink!

The duo looked adorable in matching pink ball gowns, which Cardi displayed in a clip of Kulture arriving at the party in a carriage. The newly-minted three-year-old also wore a glittering tiara and had a smile on her face as she looked at the decadent array of desserts and pastries which lined up to spell out her name. Cardi also shared clips of herself hitting the dance floor to the tune of Rihanna‘s hit song “Work”, clearly enjoying the celebration as much as her daughter.