Stormi Webster is such an adorable little girl! The daughter of Kylie Jenner and Travis Scott made a sweet cameo in her mom’s latest YouTube video.

Stormi Webster totally crashed onto the set of her mom Kylie Jenner‘s new Inside Kylie Cosmetics video, which dropped on July 9. The makeup mogul released the first episode of the three-part series, which charts the rise of her billion-dollar brand, and little Stormi made the most adorable cameo. “I’m going to start my interview and then when I’m done, we’re going to go home, ‘k?” Kylie told Stormi, as she replied, “Later!” while running away.

The three-year-old then comes back into the room to say hi to Kylie, but gets distracted by the pink Starburst in a bowl beside her. “Get out of here!” Kylie giggled. “Her laugh too, running out. She’s so mischievous.” The 23-year-old’s new series comes amid a Kylie Cosmetics re-brand, which will see all of her products reformulated to totally vegan formulas. “I’m taking you inside the world of Kylie Cosmetics to celebrate the relaunch of my brand,” she said. “In Part One of my three-part series, we’re taking it back to where it all started … from Lip Kits to Kylie Cosmetics.”

The clip also highlighted the early days of Kylie’s career, and how she came up with a plan for the cosmetics company, even pitching it to her mom during a proper “meeting.” She explained, “I was 17 when I launched Kylie Cosmetics. It feels weird that this is my life now, looking back at it though, makeup has just been a part of my DNA.” While big sis Kendall Jenner was riding horses, Kylie stayed home and practiced doing makeup. 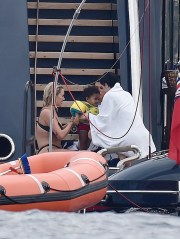 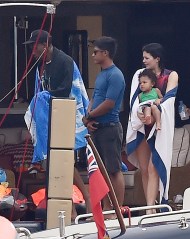 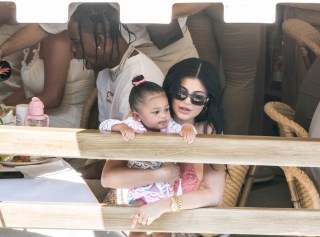 “When I was younger I had an insecurity with my lips,” Kylie said in the clip, explaining that she would overline her lips to the max. “I have temporary lip fillers and it was an insecurity of mine and it’s what I wanted to do. Being on the internet, people will pinpoint every single thing about you and make you realized things you would never realize in a million years.” She then added, “Makeup has always been a great way of self-expression for me. I just knew in my soul that this was what I was supposed to do.”