Harry Styles and Olivia Wilde were pictured wrapping their arms around each other while vacationing in Tuscany, Italy, together on June 30.

Harry Styles, 27, and Olivia Wilde, 37, appear to be head over heels in love with each other. After spending some time apart, the two lovebirds reunited in Tuscany, Italy, and were photographed engaging in some hot and heavy PDA on June 30. SEE THE PHOTOS HERE.

As you can see in the photos above, Olivia and Harry were walking down the street with their arms wrapped around each other. While seemingly taking in the views of the seaside town of Porto Ercole, fans caught the special moment and shared the pictures on social media.

“Harry has been seen taking a break on the beach in Porto Ercole after he finished filming My Policeman in London,” a source exclusively told Page Six. Olivia had been visiting her son, Otis, 7, and daughter, Daisy, 4, who she shares with ex, Jason Sudeikis. 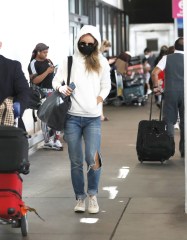 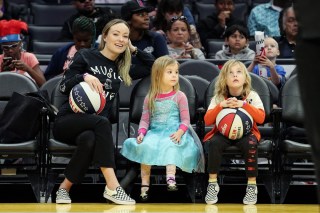 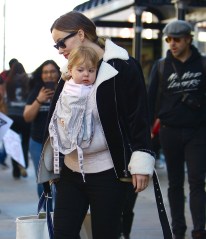 “Olivia has also been in London, spending time with her kids, who are there with Jason,” the source added. “Olivia stayed behind with her kids, then she flew into Porto Ercole to join Harry.”

Harry spent some alone time on a Venice beach Friday, June 25, before he was joined by Olivia a few days later, Page Six further reports.

Harry and Olivia first emerged as a couple in January 2021, after they met on the set of Don’t Worry Darling, which she directed and he starred in. And since then, things have only progressed swiftly. In fact, just a few weeks later, Olivia was pictured moving her stuff out of the home she shared with Jason and into Harry’s place.

Prior to starting a romance with Harry, Olivia was linked to Jason, 45, but after several years of dating, they split in November 2020. Jason has since moved on with actress Keeley Hazell, 34.