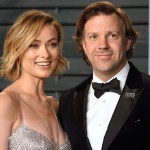 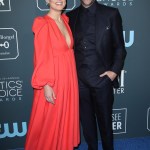 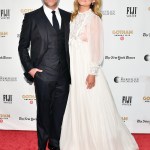 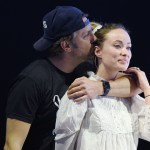 Jason Sudeikis was spotted packing on the PDA with his ‘Ted Lasso’ co-star Keeley Hazell in New York City, thus confirming that the two are dating.

It’s confirmed: Jason Sudeikis, 45, and British model and actress Keeley Hazell, 34, are an item. The Ted Lasso co-stars were photographed packing on the PDA in New York City on Sunday, June 27 in photos exclusively shared by PEOPLE. Jason and Keeley had their arms wrapped around each other as they went for a romantic stroll in the Big Apple. A source also confirmed to PEOPLE that the stars are indeed dating. See the photos of the lovebirds HERE.

Jason and Keeley were first reported to be a couple in Feb. 2021 by The Sun, followed by Page Six. It is Jason’s first confirmed relationship following his decade long relationship with filmmaker and actress Olivia Wilde, which came to an end in 2020. Olivia has reportedly moved on with Harry Styles, whom Olivia cast in her upcoming film Don’t Worry, Darling.

“When Jason found out about his wife and Harry, Keeley was one of the people whom he turned towards,” a source for The Sun told the outlet in February. “During this time he was understandably devastated, but she was brilliant and incredibly supportive. He invited her to join him for a dinner with mates in LA, and their flirty banter quickly set tongues wagging. They have met up since, but obviously, it’s all very early days.”

Jason has seemingly alluded to his relationship with Keeley already. In his Apple TV+ series Ted Lasso, Jason’s co-star, Juno Temple, portrays a Page 3 model named Keeley, a romantic partner of one of the soccer players on the team Jason’s titular character coaches in the comedy series. Keeley Hazell appears in the show in a recurring capacity as Bev, the girlfriend of former AFC Richmond owner Rupert Mannion (Anthony Head).

Despite their split, Jason and Olivia appear to be on amicable terms. They were spotted during a brief reunion following news of their breakup. The former couple share two children — seven-year-old son Otis and four-year-old daughter Daisy. Jason and Olivia started dating in 2011 and became engaged in 2013, welcoming their children soon after.