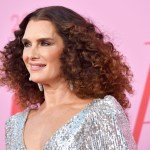 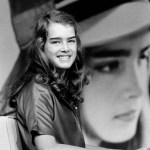 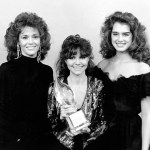 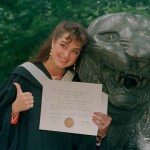 Brooke Shields revealed she’s a ‘proud mama’ while showing off gorgeous photos of her and her daughter Rowan, who wore her memorable strapless red dress to her prom, happily posing together.

Brooke Shields, 56, proved a great dress never goes out of style when she posted her latest social media pics! The iconic actress shared an Instagram post that included photos of her daughter Rowan, 18, wearing the same fashionable strapless red dress she wore at the 1998 Golden Globe Awards for her prom. The duo posed while hugging each other and smiling in one outside pic as the teen also showed off a corsage on her wrist and a long-strapped black purse over her shoulder.

Brooke also looked great in a long-sleeved white top and matching pants. Another pic showed Rowan, who had her long locks down for the occasion, posing on her own while looking up and putting her hands on her hips just like her mom did on the red carpet. “I thought it was a special night when I was nominated for a Golden Globe and wore this dress in 1998, but nothing could have prepared me to see my daughter wearing it to her prom ❤️ proud mama!” Brooke wrote in the caption for the post.

Once Brooke shared the eye-catching new pics, her fans were quick to comment. “She looks stunning! Just like her mama!” one fan wrote while another called the photos “beautiful.” A third said the dress swap was “seriously so awesome” and a fourth exclaimed, “Love it!”

Brooke’s memorable dress was first worn by her when she was celebrating a Golden Globe nomination in the Best Lead Actress in a Television Series for her work on the NBC sitcom Suddenly Susan at the 1998 ceremony. Although she didn’t win, she made her mark as being one of the best dressed that night. She paired the fashion choice with matching red heels and had her long dark locks down and curled as she also showed off a classic makeup look that included red lipstick.

After the historic night, Brooke went on to appear in many more television series and film. She married Chris Henchy, 57, whom she shares Rowan and younger daughter Grier, 15, with, in 2001 and has continued impressing others with her timeless beauty and fabulous figure.