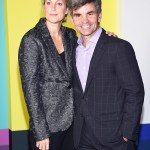 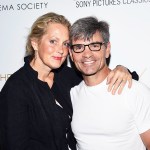 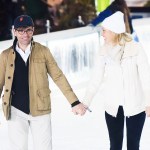 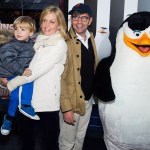 Ali Wentworth totally gushed about her daughter, Elliott, as the teen set off for her senior prom! See the ‘prom night’ photo of Elliott with her dad, George Stephanopoulos.

Ali Wentworth was one proud mom, as she sent her daughter, Elliott, off for prom night! The actress, 56, took to Instagram on Wednesday, June 2, just before the 18-year-old left for her fun night and posted a precious photo of Elliott in her prom dress, featuring a special guest. Joining Elliott for the photo was her dad, George Stephanopoulos!

Elliott wore a gorgeous black gown with thin straps and a slit running up one of her legs. Her hair was worn in a half-up, half-down style and slightly tussled in the back. She wore silver heels and a dainty necklace along with a beautiful corsage that featured cream-colored flowers. George looked so proud of his youngster.

The Good Morning America anchor, 60, dressed up for the photo op, fashioning a blue, button-down shirt, a pair of dark slacks, and dress shoes. “Prom night! That is not her date….” Ali, who’s been married to George for nearly 20 years, captioned the sweet father-daughter pic. Famous friends and fans took to the comment section of Ali’s post and totally fawned over the photo.

“She looks beautiful!” Katie Couric commented, adding a sweet red heart emoji. “So stunning! Dad 2!” Anna Rawson wrote. Even Julianna Margulies commented on the photo, writing “Omg,” along with a red heart emoji. There was absolutely no denying that the photo Ali shared was completely adorable, as her eldest went off to enjoy a milestone occasion.

The Wentworth-Stephanopoulos household is definitely a close bunch. Ali and George married in November 2001 after less than a year of dating! The couple welcomed Elliott in September 9, 2002, followed by their second daughter, Harper Andrea Stephanopoulos, in June 2005. Just a few short days before posting the photo of Elliott on her way to prom, Ali shared another photo of the teen graduating from high school! It’s so sweet that Ali chose to share these milestone moments with her Instagram followers, and we cannot wait to see more from this adorable family in the future!