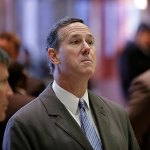 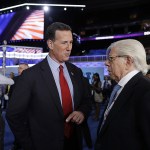 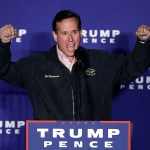 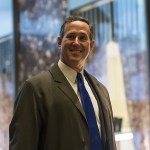 CNN released a statement on May 22 saying that the network has ‘parted ways’ with commentator Rick Santorum following his widely condemned racist remarks about Native Americans.

Rick Santorum has been dropped by CNN. A spokesperson for the network released a statement on May 22, saying CNN has “parted ways” with the former US Senator, per Huffington Post. The decision for the network to terminate its contract with the former Pennsylvania senator comes roughly one month after he made racist comments about Native Americans that were widely condemned.

“We birthed a nation from nothing. I mean, there was nothing here,” he said at a conservative youth conference in April. “I mean, yes, we have Native Americans,” he said. “But candidly, that — there isn’t much Native American culture in American culture.” Following his racist remarks, many called for Santorum’s termination from CNN. Today, a number of people on social media took to Twitter to celebrate Santorum’s departure.

“Finally, a version of Rick-rolling we can support,” one person said on the social media platform. Another person aptly observed, “Our Indigenous Peoples deserve respect. Good.” More praised the decision, with one person acknowledging that Santorum’s departure, “Should have happened long ago. Good riddance. No—he’s not he [SIC] censored: no one is entitled to be on TV.”

Following Santorum’s speech, the conservative commentator did not appear on CNN for roughly one week. He did, however, try to walk back his remarks. “I was talking about, and I misspoke in this respect, I was talking about the founding, and the principles embodied in the founding,” he tried to explain of his racist, dismissive language during a May appearance on Cuomo Primetime.

“I would never, and you know, people have said, ‘Oh, I’m trying to dismiss what we did to the Native Americans.’ Far from it! The way we treated Native Americans was horrific. It goes against every bone and everything I’ve ever fought for, as a leader, in the Congress.” Santorum’s divisive presence on CNN has often been met with criticism. The former Republican politician turned commentator supported the agenda of former President Donald Trump, but often distanced himself from his behavior. Santorum joined CNN as a senior political commentator in January 2017.