Harry Styles is getting into character for his upcoming period piece My Policeman. The 27-year-old One Direction alum put his shirtless physique on display when he was spotted plunging into the freezing water in Brighton, England on May 20 — see all the pics here. The former boy band member, who plays a closeted gay man married to a woman in the 1950s, covered up his extensive chest and arm tattoos with makeup. He was seen swimming in the chilly water for 15 minutes, and was helped in and out of the sea by crew members, as they filmed scenes on the English coast. 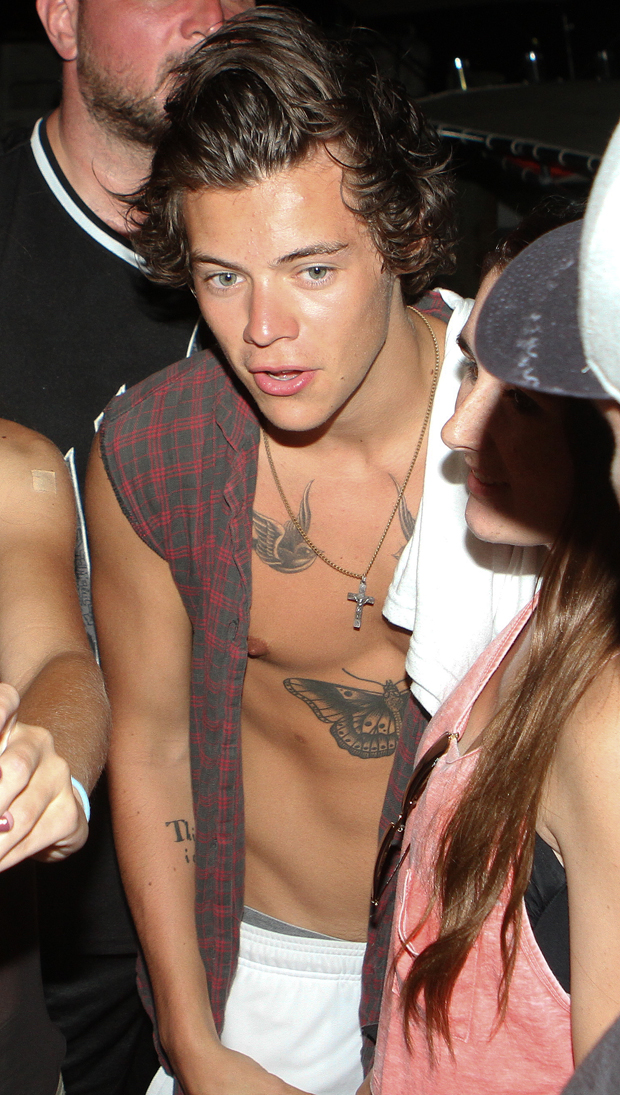 The “Watermelon Sugar” hitmaker had body makeup running down his chest as he walked out of the sea alongside crew, who wrapped him in towels to warm up. Linus Roache, who is set to portray an older version of Harry’s character in the film, was also seen on set. The flick, based on Bethan Roberts‘ novel, is set in Brighton in the 50s and follows Harry’s character Tom, who is married to Marion, played by The Crown‘s Emma Corrin. The closeted gay policeman has a decades-long affair with museum curator Patrick Hazlewood, played by David Dawson, in the Michael Grandage-helmed period piece.

Fans of the chart topper turned actor would recall he made his cinematic debut in the 2017 war film Dunkirk, and is also set to make a splash in the psychological film Don’t Worry Darling opposite Little Women star Florence Pugh. He was most recently seen filming in a retro policeman uniform — and fans on Twitter couldn’t get enough. 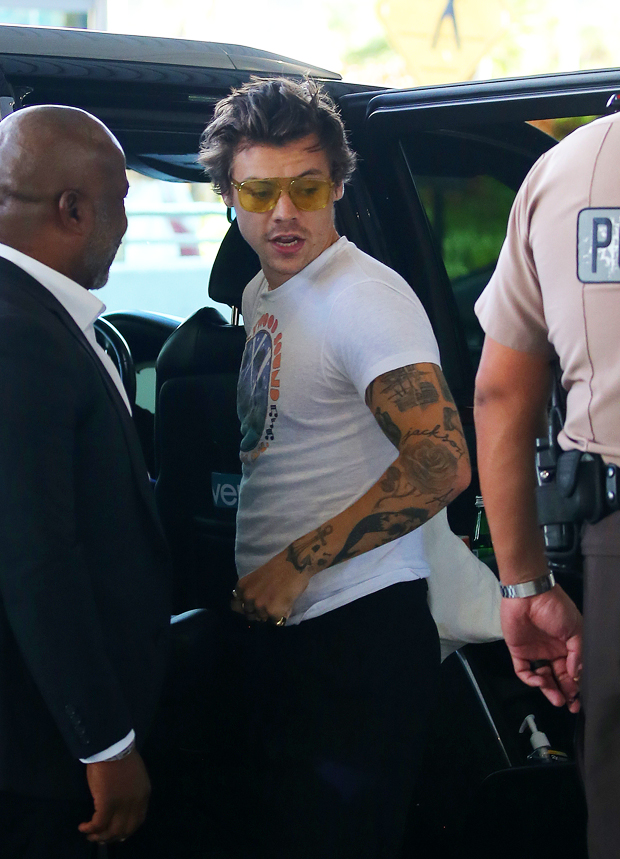 “ARREST ME SIR,” one fan tweeted alongside photos of Harry in his cop garb, while another wrote, “EXCUSE ME POLICE! CAN YOU PLEASE ARREST ME. IT WOULD A PLEASURE!” The photos in question showed him running across the road while filming on May 14. He even donned the custodian helmet — a round, bucket-like helmet that’s synonymous with cops in the United Kingdom — which hung over his eyes as he jogged in uniform.

Related: Harry Styles’ Grammy Wins: How Many He’s Won & For What