Lily James is going all in for her role in Pam and Tommy. The actress, 32, further transformed into Pamela Anderson for the Hulu series by donning a pair of fake, 34DD breasts, which were particularly apparent in a costume she wore during filming: a baby blue, ribbed bodycon dress with no bra. See the pics of Lily in costume as Pam HERE.

The photo showed The Falcon and The Winter Soldier star all tatted up and covered in piercings to portray the Motley Crüe drummer. Sebastian also has the rock star’s floppy black hair and goatee, and was rocking low cut jeans and chains. He’s come a long way from his Gossip Girl days, truly. He shared a second photo of himself chilling on the hood of a hotrod while wearing leather pants.

Lily’s new look is uncanny! As you can see in the photo above, the Cinderella star really doesn’t look much like Pamela. But she transformed for the role as 90s-era Pam with her bleached hair, heavy eyeliner, and leather outfits (and, well, the prosthetic breasts). She’s the spitting image of Pam during her run on Baywatch, no? 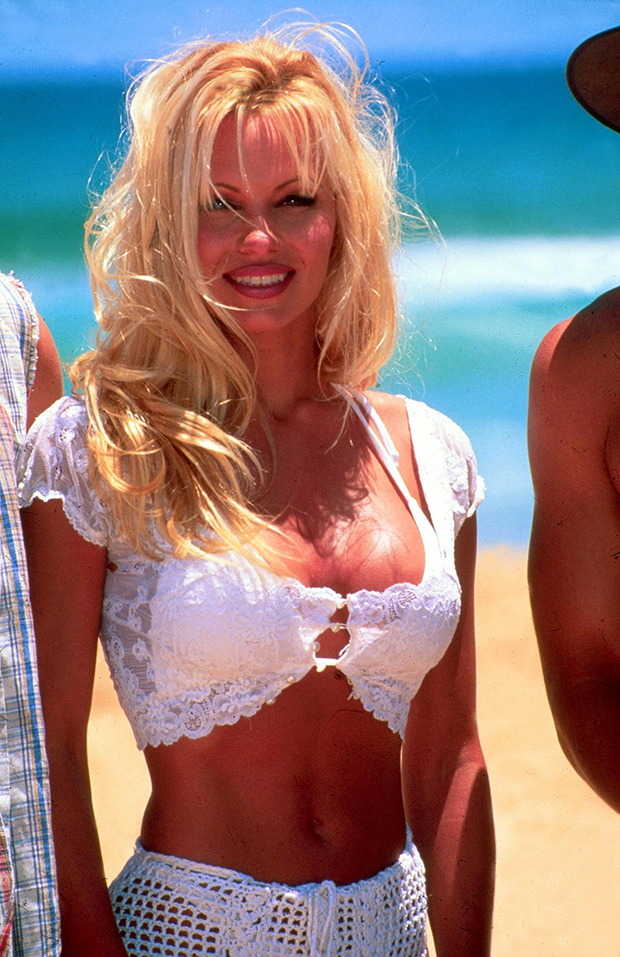 Pam and Tommy will tell the story of the exes’ tumultuous, three-year marriage in the ’90s. Their passionate relationship was the definition of whirlwind — they got married after just a few days of dating — and sparked headlines when their private sex tape from their honeymoon later leaked. The limited series will address the chaos and the legal battle that followed.