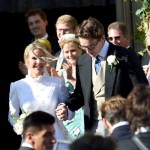 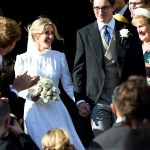 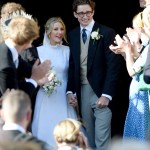 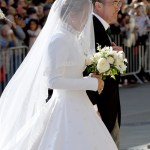 Ellie Goulding and Caspar Jopling are officially parents! The couple welcomed their first child together and couldn’t have been more excited to share the news with the world. Learn more!

A family of three! Ellie Goulding and Caspar Jopling are officially parents to a precious little bundle of joy. Caspar took to social media to confirm the happy news via his Instagram Story on Sunday, May 2. “Mum and baby both healthy and happy,” he wrote over a photo of flowers. “Extremely grateful,” he gushed, typing a smiley face. “I don’t ever address the public attention that comes with Ellie’s job. But during this magical and personal moment we would really appreciate being able to enjoy our privacy .. Thank you x,” he signed off the short announcement.

It wasn’t that long ago that the “Anything Could Happen” singer, 34, revealed that she was expecting. “I was pregnant and had no idea,” Ellie revealed to Vogue in February 2021. “It was crazy because it was our one-year anniversary,” she continued. In the profile, Ellie also shared photos of her roughly 30-week along baby bump, and fans couldn’t believe she kept the news under wraps for so long.

“That was not the plan. The thought of getting pregnant didn’t seem like it could be a reality. Becoming pregnant kind of made me feel human. I want a better word than womanly, [but]—I have curves I’ve never had before. I’m enjoying it. My husband’s enjoying it,” she gushed. Ellie also revealed to the outlet that she was “excited to be a mother,” upon her baby’s arrival.

“I’m excited for the challenge. It will be a totally new experience,” she said. At the time of the interview, Ellie and her husband were “hunkered down in Gloucestershire, just outside of London,” and enjoying this new chapter in their life together. “I feel like it’s a taboo to talk about pregnancy as being challenging. It’s not always serene, and like you’re not always glowing. I’m not saying that every second of this pregnancy has been miserable. It’s not always going to be easy. [But,] I have a newfound respect for any woman who has children.”

Ellie and Caspar wed on August 31, 2019 after a few years of dating. The couple’s ceremony was absolutely gorgeous, and they looked as happy as ever on their wedding day. Now, they’re ready for a brand new journey and everything that’s ahead of them with their little one. Congratulations to the couple!