Scheana Shay is a mom! The Vanderpump Rules star has given birth to her first child with boyfriend Brock Davies — a baby girl named Summer Moon Honey Davies, who was born on April 26, 2021. The Bravo-lebrity revealed the exciting news on April 27 with a sweet social media post from Instagram. “Thank you to everyone who has reached out and sent their love and thank you to the amazing staff here at Cedars-Sinai. We are definitely feeling all the feels and just so excited to be Summer’s parents,” Scheana wrote, noting to fans that she is still in the hospital and being monitored by staff after her “blood pressure was extremely elevated” and she was diagnosed with preeclampsia.

The brunette beauty first announced she was expecting a little bundle of joy on October 28, 2020. “IT’S ALL HAPPENING APRIL 2021!!! We are expecting our rainbow baby!!!,” she wrote alongside a pic of her Aussie beau kissing her on the cheek. The couple’s big reveal showed the reality star holding a positive pregnancy test and an ultrasound photo. She also took to her Instagram Story to share a photo of Brock holding a sign that read, “A Little Honey Is on the Way.” The former rugby player turned gym-owner’s middle name happens to be “Honey.” 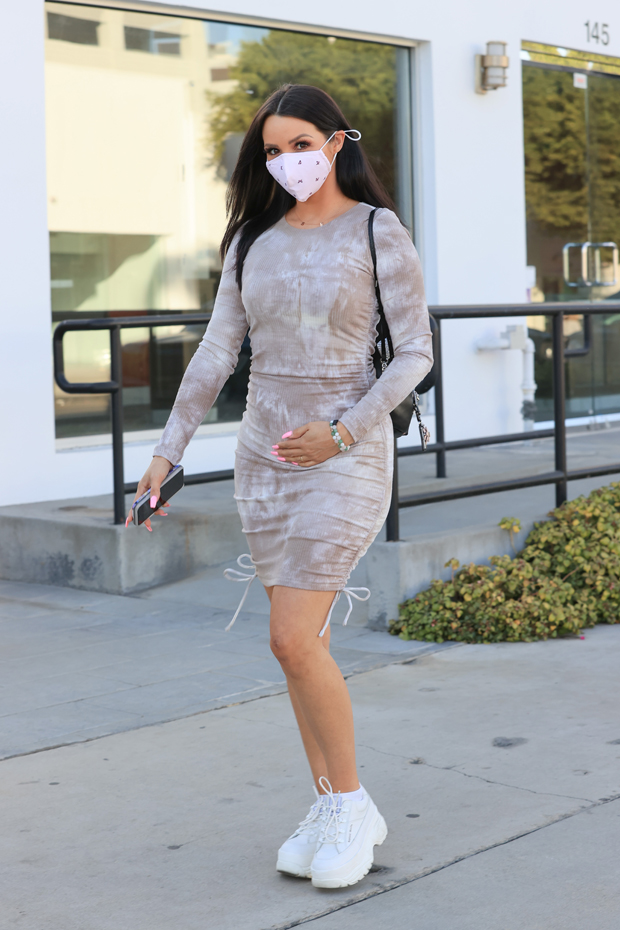 The pair then hosted a gender reveal party on November 4, revealing the happy news that they would add a little girl to their growing family. “IT’S A GIRL. I can’t wait to put the biggest bows in her hair and shower her with unicorns and rainbows!” she wrote on Instagram on November 11. “MOST MAGICAL DAY EVER!!! Thank you to all of my family and friends for making this day SO special and memorable!”

The party was attended by her and Brock’s family and friends, along with her Vanderpump Rules costars Ariana Madix, Tom Sandoval, Raquel Leviss, Kristen Doute and Brittany Cartwright. “We tried to keep the numbers down where we could since I have so much family here,” Scheana told PEOPLE at the time. “It was so much fun tricking my friends and family into coming to a ‘luncheon’ for my vlog and surprising them with not only the news that I am pregnant, but [getting] to find out what we are having!” The happy couple shot colorful confetti out of cannons in the backyard — and it was pink! Congratulations to the new mom and dad.