Jamie Spears, through his law firm, alleged that his ex-wife Lynne Spears — whom he shares his daughter Britney Spears with — is “the one who exploited her daughter’s pain and trauma for personal profit by publishing a book,” according to new court documents obtained by HollywoodLife on April 26. This accusation was a reference to Lynne’s 2008 tell-all book about her family called Through the Storm, according to the outlet. This allegation was made as Jamie and Lynne have been feuding over financial matters related to Britney’s conservatorship. 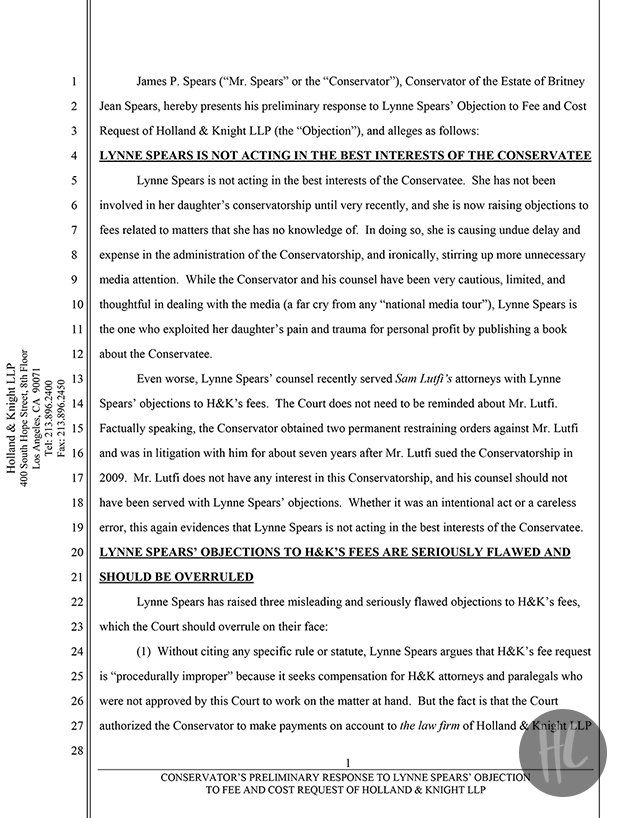 Let’s rewind first: in July of 2020, Lynne filed documents to be part of all decisions pertaining to Britney’s finances, according to The Blast. However, Jamie has partial control of Britney’s finances as her co-conservator, along with Bessemer Trust Co. Fast forward to April 19, 2021 — Britney’s mom filed new legal documents to fight a four-month fee of $890,000 that the law firm representing her ex-husband, Holland & Knight, requested.  Lynne argued that some of these fees from Jamie’s attorneys were “procedurally and substantively improper,” according to her court documents. HollywoodLife has contacted the representatives for Jamie, Lynne, and Britney for comment. 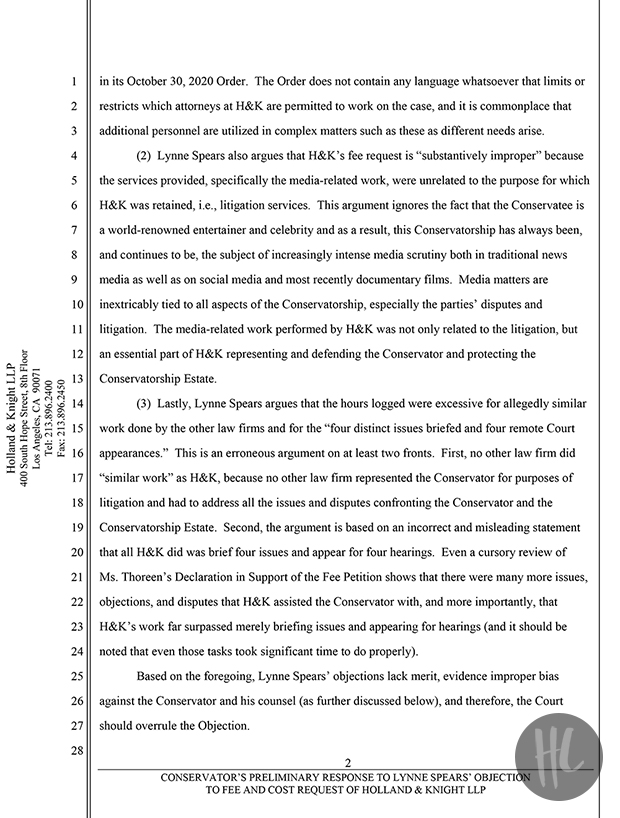 Lynne even accused the law firm representing Jamie of requesting compensation for services that were not “performed in good faith for the benefit” of Britney, according to the court documents from April 19. Lynne also wanted Britney’s estate to be repaid $224,000 that was allegedly spent on the law firm’s communication with the press; she elaborated that the firm’s “unnecessary” work “largely constituted a ‘national media tour’ orchestrated by H&K to promote [Jamie’s attorney] Ms. [Vivian Lee] Thoreen and/or to combat media coverage that cast Mr. Spears in a negative light,” per Lynne’s court documents.

All of these accusations led Jamie’s firm to fight back with its own documents that were mentioned above on April 26 — hence the jab about Lynne allegedly exploiting her daughter with her old memoir. Jamie’s law firm also wants the court to overrule Lynne’s objection over the $890,000 worth of fees; the firm accused Lynne’s objection of having “evidence bias,” according to the new court documents. The law firm further argued, “Despite having zero involvement in her daughter’s conservatorship until very recently, Lynne Spears is asserting claims as if she were a party directly involved in the litigation (which she is not).” 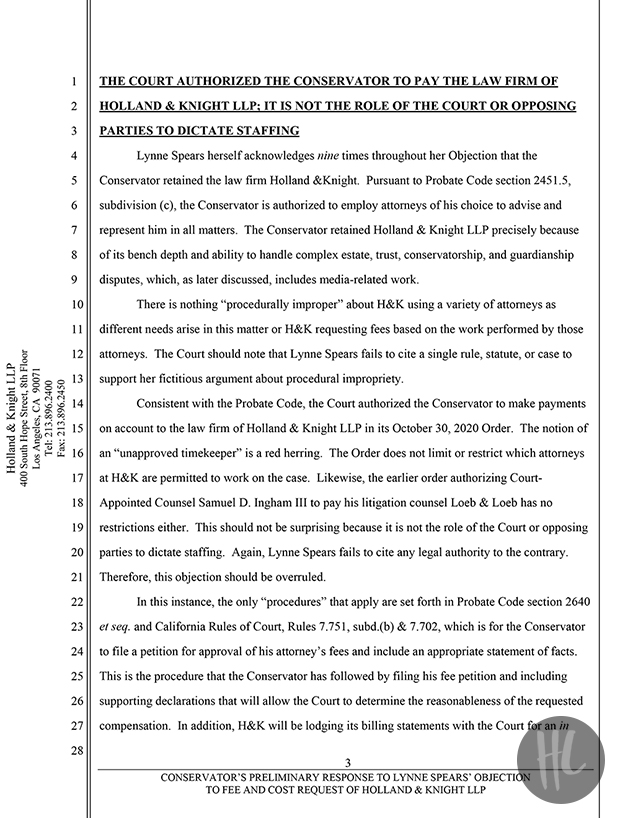 The law firm continued to defend Jamie. “Lynne Spears’ math of dividing the total fees by four (to calculate fees per issue) is ridiculous and belies her ignorance regarding the complex nature of the Conservatorship Estate, and the issues that needed to be addressed by H&K to properly defend Mr. Spears from specious allegations that have threatened to tarnish his reputation as a loving, caring father who has nothing to hide, has been loyal and fiercely loving toward his daughter, sought to protect her, and manage her finances so that she can live her life the way she wants,” the new court documents stated.

Britney Spears admitted under this post that she “cried for two weeks” after the documentary that put the limelight on her conservatorship drama, “Framing Britney,” aired in Feb. 2021. [Instagram/@britneyspears]

This feud between Britney’s parents is happening just weeks after their daughter requested that her temporary care manager, Jodi Montgomery, be made the permanent conservator of her “person,” according to court documents that HollywoodLife obtained on March 23. A hearing is set for April 27. Amid all this legal drama, a source close to Britney EXCLUSIVELY told HollywoodLife at the end of March, “Britney has been doing really well despite the constant battle over her conservatorship. She is doing everything she can to focus on her health and Sam is 100% behind her daily routine and workouts.”