90 Day Fiance star Jorge Nava has entered fatherhood! The former reality star welcomed his first child with his new girlfriend, whose identity remains unknown, on April 7. “There’s no love that can match what I have for my family,” the new dad gushed in the caption of his Instagram post, announcing the happy news. “I love them more than anything in this world.” The 32-year-old totally surprised fans when he revealed he and his girlfriend were expecting a little bundle of joy.

“Thankful for all of my blessings,” the season four 90 Day Fiance alum captioned a sonogram photo. It came just six months after he was released from jail, where he spent over two years behind bars for drug-related charges. Following his release from the Arizona State Prison Complex in Phoenix, Jorge posted three photos on his Instagram page. “The sky is the limit #freedom,” he captioned the photos, which showed him flaunting his 128-pound weight loss in a white tee and jeans while sitting on a lavish white Corvette.

Fans of the TLC reality show would recall he wed Anfisa Arkhipchenko, however the pair officially filed for divorce in late 2020. “I think she was just jealous of the attention that I was getting,” Jorge in an interview with In Touch. “The news about my weight loss didn’t sit with her very well,” he added, claiming that when photos of his transformation surfaced in November 2019, their relationship crumbled. “I believe so because at that very moment in time, that’s when she blocked my phone calls, and I kind of was starting to lose contact with her. She did tell me like right off the bat, like the day after, that she didn’t want anything to do with me and that it was over.” 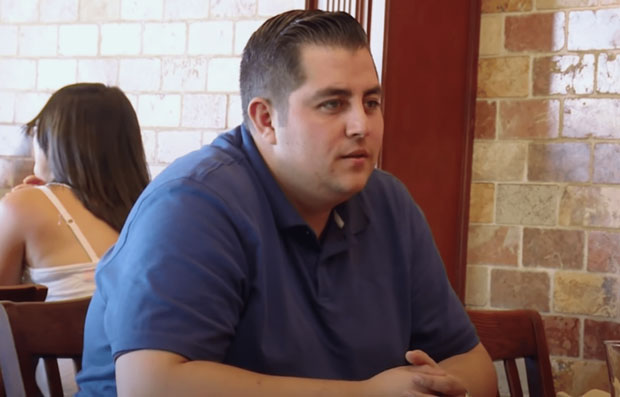 Folliwing his interview, Anfisa broke her silence about their impending split. “Jorge and I were on the verge of divorce before he went to prison, but once it happened, I wanted to put our issues aside and stay by his side and support him in this difficult situation,” she told In Touch. “However, the whole time I felt like I had a weight on my shoulders that wouldn’t let me be happy. I knew I had to end it, and it would be better for the both of us, so Jorge and I talked about it and mutually decided to part ways a few months ago and agreed to divorce once he’s released.”

Related: Robin Roberts’ Wife Amber Laign: All About Their Romance & Life Together