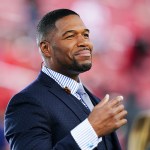 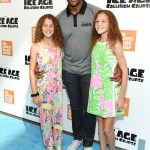 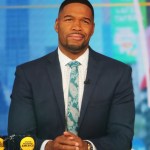 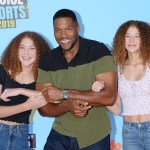 Michael Strahan revealed whether or not he actually filled his ‘signature’ tooth gap in a new video. Get ready for the big reveal.

Did Michael Strahan actually fill his tooth gap? This is what fans wanted to know after the New York Giants star-turned-TV host debuted a gap-less smile in this video on March 30. Two days later, Michael made it seem like the dental procedure still wasn’t a joke.

“I know a lot of you are wondering, ‘Oh, it’s gotta be [an] April Fool’s joke…he must not have fixed that gap, it’s his signature!’,” the Good Morning America host began the clip above, shared on April 1. He continued to thank Dr. Lee Gause from the Smile Design Manhattan dental office for “taking care” of him. Michael hadn’t anticipated the world’s shocked reaction to his new smile, though; he added, “I appreciate all the comments. I was surprised, to be honest with you, at how many people were like, ‘No! Don’t get rid of the gap, it’s your signature!’ And I always kind of looked at it that way, but I didn’t know so many people really cared.”

“But I appreciate all the love for the gap. I’ve had it for almost 50 years,” Michael continued, who added that he knows “it’s a shocker to see it gone.” Alas, he declared, “I am happy that I did it.”

Finally, Michael revealed the answer you’ve all been waiting for. “So I just wanted to say…,” the TV personality said, before pulling down his mask and exclaiming, “April’s Fool!” The gap between Michael’s teeth was right there.

“C’mon man! The gap is here to stay, for a little while. Not going anywhere anytime soon,” Michael said, all smiles, as he added that his “mama likes it.” You can breathe a sigh of relief! Many fans certainly did, including celebrities. “Thank goodness,” Heidi Klum wrote with a laughing emoji, while Lindsey Vonn and Ryan Phillippe also left a trail of emojis overcome by laughter.

Fans did get a heads up that the closed-gap look that Michael showed off on March 30 wasn’t “a permanent look,” TMZ reported. “The dentist proposed a temporary solution — essentially a removable dental piece that gives the look of a filled-in tooth line,” the outlet added. We now know, however, that Michael was just messing with his fans this whole time.

You can see Michael flashing his smile — with his iconic gap still in tact — on Good Morning America. The TV host returned to the morning show’s set in Feb. 2021, after missing work for three weeks because he was diagnosed with COVID-19 in January. While we wish that was also just an April Fool’s joke, we’re happy to see Michael healthy and smiling again — gap and all!