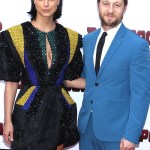 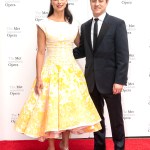 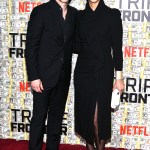 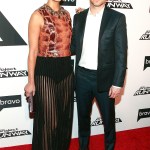 Morena Baccarin and Ben McKenzie just welcomed their second child together! Learn more about the happy couple’s new arrival and they shared the news with their fans.

Welcome to the world, little one! Morena Baccarin and Ben McKenzie welcomed the newest addition to their family on March 9. Fans of the Gotham stars couldn’t have been happier for the two actors, as they shared their news with the world on social media.

“2021 is looking up. Welcome to the world Arthur. Trust us, you haven’t missed much yet,” Morena wrote on social media, while Ben captioned the same photo with the following: “Welcome to the world,Arthur. Gotta say, your timing is impeccable. ❤️”.

2021 is looking up. Welcome to the world Arthur. Trust us, you haven’t missed much yet. pic.twitter.com/fhiXp81wGr

Morena and Ben are already well-practiced parents. Prior to marrying Ben in June 2017, Morena was married to director Austin Chick, with whom she shares son Julius Chick, 7. Before they officially said ‘I do,’ Morena and Ben welcomed their first child together, a baby girl named Frances Laiz Setta Schenkkan, born in 2016. As it would happen, the couple’s daughter was pretty eager to become a big sister.

“What we now call date night is being able to take a walk outside together,” the actress, 41, shared with the co-hosts of The Talk back in December 2020. “Ben very cleverly found a way to get [the kids] involved by asking Frances to help him get ready for the date. I don’t think he was expecting the blue nail polish and the bracelets and everything, but I think it looks good on him,” she shared, referencing a cute snap of her husband all decked out by their daughter and Morena’s son.

After one of the co-hosts remarked that Morena was absolutely “glowing,” the star stood up and revealed her growing bump! “I think that date was pretty successful,” she gushed. From there on, Morena shared a few photos to her Instagram account featuring her pregnant belly!

Morena and Ben fell in love while they were on the job — seriously! The two co-starred together on the series Gotham. While Ben started on the show in 2014, Morena went on to join him in the latter half of the first season in 2015. The two were positively smitten and began dating shortly after her divorce the same year. The two have been united partners and parents ever since, and fans absolutely love seeing their romance and marriage flourish! Congratulations to the sweet family!