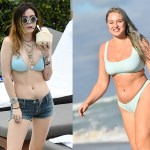 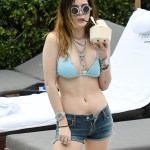 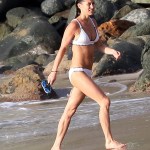 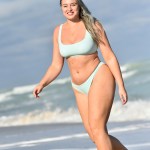 Actress Morena Baccarin stole the show when she stepped onto the sandy shores of Brazil! See pics off her jaw-dropping bikini look here!

Home again! Morena Baccarin, 39, who is originally from Rio de Janeiro, Brazil, took a trip home with her hubby, Ben McKenzie, 40, this week, and had some fun in the sun. The Serenity star hit the beach on Feb. 4, and she was looking SO good in the photos from her home city. Morena sported a sexy black string bikini for her outing. The stunner’s swimsuit featured a colorful print, and perfectly showed off her tall, slender frame. Plus, Morena was positively beaming as she hit the turquoise waters with her hubby! Catch photos from their day below.

Ben kept things simple for his beach day with his wife, whom he married back in 2017. He rocked classic red board shorts, which featured a palm tree design. The couple appeared to be having a grand time, and even stopped to grab a cocktail from a nearby cabana. These two were living the good life in beautiful Brazil!

The two stars may have initially fallen in love while starring in the thriller, Gotham, together, but they’re definitely still keeping the romance alive off set! The pair enjoyed a date night watching Mary Poppins Returns, in January, and were photographed leaving a private screening at Feinstein’s/54 Below in New York City. The two looked incredibly smitten and happy as ever, despite the chilly NYC temps outside.

It’s so sweet to see Morena beaming while back in her home country! See her sexy beach snaps from the trip with her hubby above!