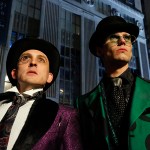 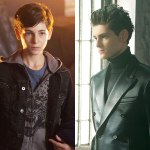 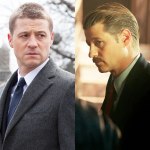 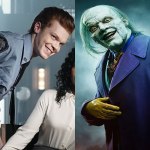 ‘Gotham’ is coming to an end on April 25 after 5 wonderful and wild seasons. Before the series finale, see then and now photos of how Bruce, Jim Gordon, Selina, and more have changed over the years.

The series finale of Gotham has arrived. It’s all been building up to this. The show will flash forward 10 years into the future as Bruce is set to return to Gotham for the opening of the new Wayne Tower. Meanwhile, a series of crimes leads Gordon to believe Penguin and The Riddler are up to their old tricks. Bullock is framed for a murder and Gordon begins to piece together an even more sinister plot targeting the city.

Gotham premiered in 2014 and became an instant hit. Over the past 5 seasons, the Gotham fandom has grown stronger and stronger. The cast has evolved and many of the characters have grown up before our eyes. David Mazouz started the show when he was just 13 years old. He’s no longer the boy he was in the pilot. David has evolved alongside Bruce Wayne, who eventually becomes the one and only Batman. Camren Bicondova was just 15 years old when she started playing Selina Kyle on Gotham.

Since the show is making a big time jump, this means that there will be some incredible transformations. Penguin (Robin Lord Taylor) and The Riddler (Cory Michael Smith) are rocking their signature outfits in the series finale, while Gordon (Ben McKenzie) is debuting a new mustache.

Cameron Monaghan is making the biggest transformation as Jeremiah, who will be back for the finale to stir up chaos once again. The Shameless star is unrecognizable with the J’s grotesque face, light green hair, and purple coat. This finale is going to be truly epic. Gotham is going to go out with one hell of an episode. The last episode will air at 8 p.m. on FOX.