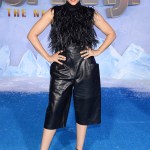 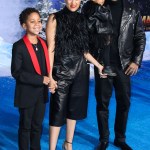 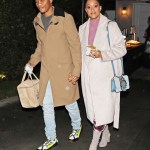 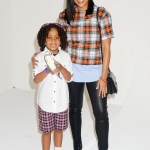 What’s that old saying?… Don’t knock it until you’ve tried it! — Tia Mowry appeared on The Wendy Williams Show for a virtual interview on March 4, where the outspoken host questioned her about previous comments she made about sex with husband Cory Hardrict. “So you and Cory schedule sex?”, Wendy asked, to which the actress, 42, confirmed, “Yes!” Though, the latter confession is no secret to fans who follow Tia.

Last October, the Sister Sister alum revealed that she schedules “sex dates” with her husband because of how hectic things can get with work and raising their two kids:  daughter Cairo Tiahna, 2, and son Cree Taylor, 9. Following the intimate admission, Tia told Wendy that she read negative comments from critics who doubted her marriage.

“I had said that long ago, and it kind of went viral. I saw some comments and some people are like, ‘Oh, there must be trouble in paradise because they have to schedule their sex lives. But, it’s actually the opposite,” Tia said, explaining, “It means that you actually care, right? It is marriage, it takes work, especially when you both have great careers, we’re grateful for that. We’re busy with two kids,” she continued. “If I’m being honest, things can get in the way, but we value our marriage and we want to make sure our marriage is hot and spicy.”

During the same interview, Tia also explained to Wendy why fans haven’t gotten a Sister, Sister revival or reboot — something that’s been talked about for years, especially since Netflix recently began airing old episodes of the hit ’90s sitcom.

“I’m going to have to put a pin in it. Nothing has happened and it’s very frustrating and it makes me very sad,” she said. Tia went on to explain that her and her twin sister Tamera [Mowry-Housley] “can’t make the show” because “we don’t own the rights to it.” — “So that’s one of the main reasons it hasn’t happened. But, what was so interesting was, when we were pitching it, some outlets were like, ‘that’s not gonna work, it’s not that popular,'” she recalled, noting, “It just came out on Netflix and it was a number one show, so obviously people want to see it.”