Tiger Woods has undergone surgery after he was severely injured in a car crash on February 23, and is hoping his injuries won’t put an end to his career. The 45-year old golfer is lucky to be alive after his 2021 Genesis SUV rolled down an embankment in California, and Tiger reportedly knows that his career could be in jeopardy. “He doesn’t want his career to end like this,” a source told PEOPLE. “So if there’s any way at all that he can continue playing golf, he will.”

The outlet’s insider added that the father-of-two was “frustrated” following the accident. Fans of the athlete would recall he recently underwent back surgery following the December PNC Championship. “He expected 2021 to be the year of his comeback. Obviously, that’s not going to happen now. And that’s disappointing to him,” the source explained, adding, “This is a massive setback and he knows that it’s a massive setback but he’s overcome obstacles in the past and thinks he can do it again.”

Tiger’s team spoke out after the single-car accident, releasing a statement via Twitter on February 23. It noted that Tiger suffered “significant orthopedic injuries to his lower right extremity (leg) that were treated during emergency surgery by Orthopedic trauma specialists at Harbor-UCLA Medical Center.” He had “comminuted open fractures affecting both the upper and lower portions of the tibia and fibula bones” that were stabilized by “inserting a rod into the tibia. Additional injuries to the bones of the foot and ankle were stabilized with a combination of screws and pins.” 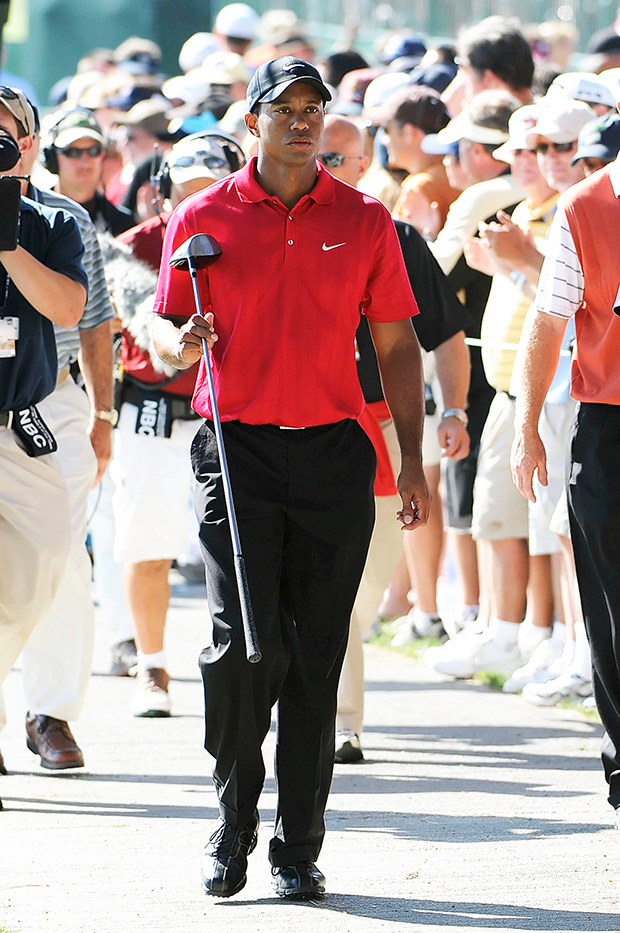 Fans and friends alike have taken to social media in the wake of the shocking crash, wishing Tiger a speedy recovery. His ex Rachel Uchitel said she was hoping for the best after hearing the news. “Obviously, I’m shaken to see this,” she told E! News. “I’m really hoping he walks out of there okay. Knowing Tiger, this is the last thing he wants — the entire world watching him this way. On the golf course, yes, but not this way.” She added, “The most important thing is to make sure he’s okay. Thank God it’s a non-life threatening injury. He’s one of the greatest athletes in the world and we’ve been seeing him in one of the greatest sports comebacks in history. It’s going to be interesting to see what happens.”