Jennifer Aniston became a household name thanks to the long-running sitcom, Friends. Now, 17 years after the show came off the air, a TikTok user named cts.trphe pointed out the actress’ quirky vocal tic which appeared throughout the show’s run from 1994 to 2004. A montage of clips showed the Horrible Bosses star, 52, appearing to clear her throat before speaking in a number of scenes. The Australian TikTok creator explained that Jennifer coughed prior to every line she spoke. “What I’m about to say is going to ruin your life especially if you are a big fan of the show Friends,” he prefaced.

The user continued, “If you’re a big fan of that show, I’m begging you, scroll away because I’m going to ruin your life … Jennifer Aniston has this sort of vocal tic that she does at the beginning of every single sentence that she starts on any show that she’s in. It’s very specific and it’s very hard to unsee once you notice it.” The video then flashed to a series of clips showing the actress, who portrayed Rachel Green for all ten seasons, clearing her throat before speaking in a scene.

“Yes! She does this so much. A lot of people have crutches when acting when they don’t know what else to do. A lot of people sigh or grunt, etc,” one person commented, while another suggested it was an intentional choice, “She’s… acting. She does it when the character/situations are awkward.” Another fan theory suggested her coughing could have been the result of her decades long smoking habit. 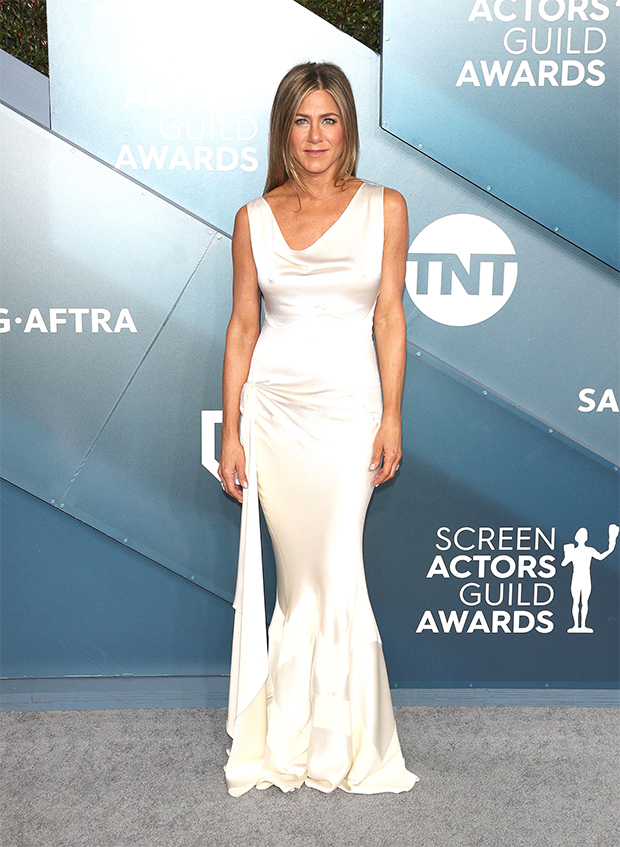 Fans of the iconic series would know that Jen has stayed in touch with many of her co-stars, including Courteney Cox. Twenty seven years after the show first came on the air, the two are still BFF’s, and Courteney recently paid tribute to Jen on her 52nd birthday. The actress shared a never before seen pic of the pair laying their heads against each other and smiling, as Cox’s now 16-year-old daughter Coco Arquette sat in between them. Coco appeared to be sleeping while her mom and her godmother Jen shared in a sweet moment. Too cute!