Melania Trump took to Twitter on February 14 to share a sweet Valentine’s Day message — however it wasn’t for her husband, former President Donald Trump. The ex model posted two tweets, in which she highlighted her visits to children’s hospitals over the past four years, and the children she met from all over the world. “Sending them love & strength, today & everyday. #HappyValentinesDay,” she tweeted on February 14, adding, “It was wonderful to meet all of the incredible children from all around the world. Wishing everyone a happy #ValentinesDay weekend!”

Although it seems their relationship has hit a rough patch since leaving the White House in January, Melania’s former BFF Stephanie Winston Wolkoff revealed she had more in common with her husband than some may think. “A Trump is a Trump is a Trump is a Trump,” she explained on the HollywoodLife Podcast. “I thought Melania was different than the rest. She’s not, but I believed, just as these people believe Donald when he tells them something over and over… I had to learn the hard way that she is a Trump.” The author of Melania and Me, who was also a former advisor to Melania, had a first-hand look at the couple’s relationship. 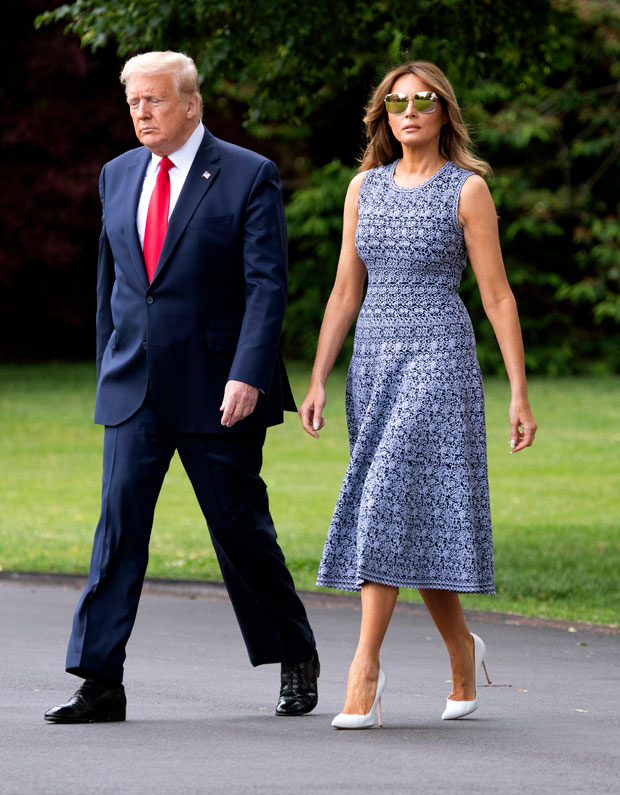 “There’s this understanding I guess, but it’s more of a look [between them]… I believe their way of showing affection towards one another is her telling him how wonderful and great he is,” she explained on the podcast. “I was in the car with her and we were coming back to New York from DC and Donald was at a rally. She was always his first phone call, always, no matter where she was. And the first thing he’d say was ‘Hey Baby, how’d I do?’ Like he wants her approval.”