While Beyoncé, 39, is so incredibly tight when it comes to sharing snapshots of her private life, thank goodness for her mom Tina Lawson. She’ll occasionally share amazing throwback photos of her superstar daughter, and her latest is a classic! In a Feb. 12 Instagram post, she showed Bey along with her former Destiny’s Child bandmates Kelly Rowland, 40, and Michelle Williams, 41, on Kelly’s May 9, 2014 wedding day, with the ladies makeup free and in a group hug around Kelly.

Beyonce could be seen at the top of the snapshot, looking absolutely stunning with her au natural face and her hair pulled back. She wore a tropical looking shirt with pink piping around the neck. Smiling bride to be Kelly had her head laying in Bey’s tap, as Tina leaned over and planted a kiss on her cheek, pulling her hair back with perfectly pink manicured nails. 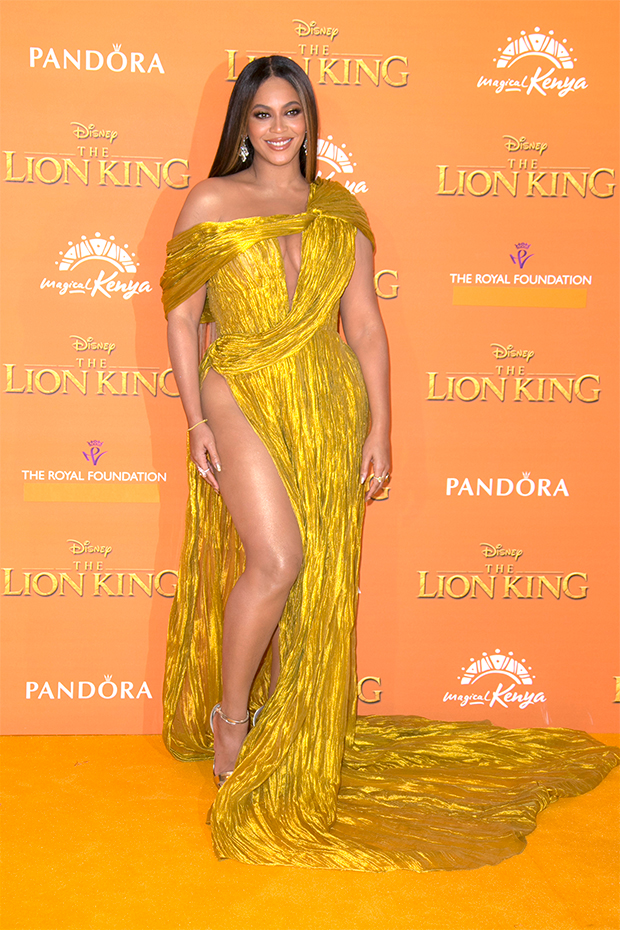 Beyonce in full glam at the London premiere of ‘The Lion King’ in July 2019. Photo credit: AP.

Michelle is visible in the bottom right hand side of the photo. While she’s cut off at her nose, her makeup free eyes show plenty of happiness and joy for her former girl group pal. Friend La La Anthony, 39, looks absolutely gorgeous with a cosmetics-free face, as she’s seen on the left hand side of the photo. Her hazel eyes absolutely pop in the picture. Lastly, composer Angie Beyince is visible in the top left of the shot, next to Beyonce. She co-wrote Destiny’s Child’s song “Girl” and four tunes for Beyonce, including “Naughty Girl,” “Speechless,” Upgrade U” and “Why Don’t You Love Me.” 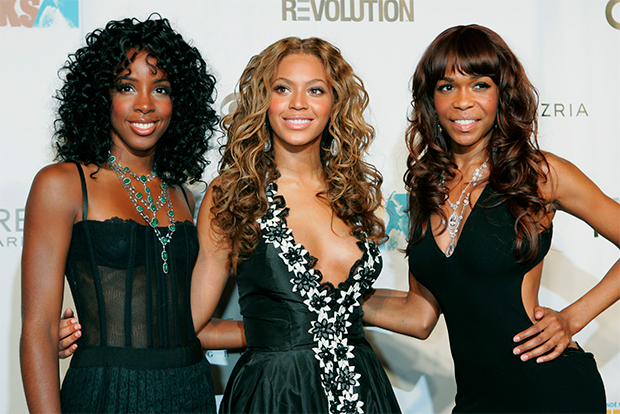 Beyonce, Kelly and Michelle look so youthful without their makeup that the photo could have been a throwback to while they were still active as Destiny’s Child in the early aughts. But Tina gave the date away in her cation, writing to Kelly, “I remember this day like it was yesterday. We all surrounded you with so much love. It was your Wedding day!” Kelly married entertainment manager Tim Weatherspoon on May 9, 2014 in a super secret and intimate destination wedding in Costa Rica.

Tina continued, “Today feel all that love because it’s still coming strong from all your sisters and me ! Happy Birthday to the most beautiful heart around @kellyrowland.” Kelly turned 40 on Feb. 11. In addition to getting love from Tina, she has the best birthday present of all, as she welcomed a baby boy on Jan. 21. She gave birth to her second son Noah Jon Weatherspoon, just over two weeks before her milestone 40th birthday. Kelly and Tim are already parents to six-year-old Titan Jewell Weatherspoon.

Some fans were surprised that the photo was from only just under seven years ago. User quing_4l wrote, “Damn I thought this was back in the day. This is 2014,” while baddiebey81_ agreed, adding “I always thought this picture was 2008. they all looks so young till this day. they still do, maybe it’s no makeup.” Fan @sopetite marveled, “Beyoncé looks so young,” with @ladyscorpio1103 adding, “I thought she was a teenager in this photo.” Beyonce just doesn’t age!