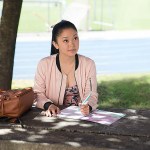 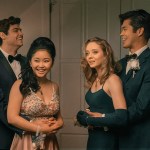 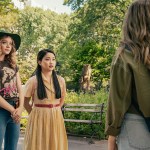 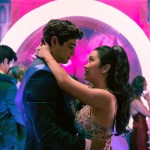 The final chapter of ‘To All The Boys’ has arrived. HL spoke EXCLUSIVELY with Madeleine Arthur about Chris’ future, the movie’s ending, and whether or not she thinks Lara Jean and Peter can stay together.

When To All The Boys I’ve Loved Before debuted in 2018, it became a pop culture phenomenon. Fans fell in love with Lara Jean, Peter, Chris, Kitty, and the rest of the beloved characters from Jenny Han’s bestselling book series. Now it’s 2021 and the third and final To All The Boys movie, To All The Boys: Always and Forever, will premiere Feb. 12 on Netflix. HollywoodLife got EXCLUSIVE scoop from Madeleine Arthur about what fans can expect from Chris and more the third movie.

“I think as we pick up the third movie, Chris is looking forward to a lot,” Madeleine told HollywoodLife. “They get to go on a school trip, which she’s really excited about. She’s starting to kind of embrace things in high school a little more as the movie goes on. In terms of college, she’s choosing a different path, and she’s embarking on a gap year. I think she’s really looking forward to exploring the world.”

As for Trevor, who caught Chris’ eye in the second To All The Boys movie, Madeleine teased that the new couple is “figuring out the direction of the relationship. They both have a lot of feelings for each other, and they’re figuring out what those next steps are for them.” Madeleine noted that Trevor and Lara Jean both “encourage Chris to enjoy more things that Chris considers to be conventional in high school like prom.” She added, “Chris and Trevor share a sense of humor, so they’re really able to bounce off of each other and connect. They have a lot of fun together.”

To All The Boys: Always and Forever is based on Jenny’s third book in her To All The Boys series. Madeleine revealed whether or not the movie will stay true to the book. “Without giving too much away, there are a few changes in terms of continuing the flow and the adaptation from book to film, but the essence of the story is 100 percent there,” she told HollywoodLife. As for whether fans will be surprised by how the movie ends, Madeleine said, “I think they’ll really enjoy how it ends.”

Lara Jean and Chris’ friendship has always been such a strong aspect of the To All The Boys movies. They’ve always been so supportive of one another. Madeleine admitted she’s “really excited for everyone to see how Chris and Lara Jean’s relationship really blossoms in this third chapter and how they encourage each other to live their best life.”

Madeleine had “no idea” the kind of impact To All The Boys would have on her life and the world. “To be here talking with you about a third movie, I get goosebumps sometimes still because we have that wonderfully special opportunity to continue to develop these characters and movies,” she gushed. “I feel like this third chapter is an excellent end to the story, and I feel like fans will really be pleased with it. I’m just so thrilled that I was given the gift to be a part of these movies.”

A key aspect of this third and final film is the college situation for Lara Jean and Peter. Will they end up in the same place, or will their relationship have to be long-distance? Madeleine revealed how Chris feels about Lara Jean and Peter’s future. “I think Chris thinks that they stand a really good chance,” the actress said. “She’ll be supportive no matter the outcome because that’s her friendship with Lara Jean. She’ll be there for her no matter what ends up happening in the end.” As for what Madeline thinks? “I think that they could survive college. I think we definitely see how in love they are. They are still young, but I do think that they have a good chance. I guess we’ll need a fourth movie to really find out,” she told HollywoodLife.

Speaking of a fourth movie, Madeleine would “absolutely” be down for one. “I love the world of To All The Boys and all the cast and everyone behind the scenes as well. It’s definitely bittersweet to say goodbye to the story, but it’s been such an incredible ride,” Madeleine said.