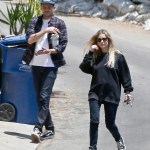 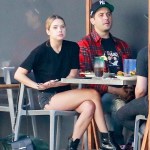 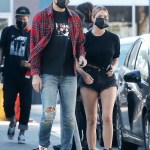 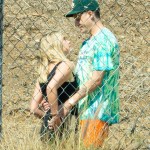 Why did Ashley Benson and G-Eazy really call it quits after nine months? HL has learned what went down, EXCLUSIVELY.

While Ashley Benson and G-Eazy‘s recent breakup seemed to come out of nowhere for fans, that wasn’t the case for the couple of nine months. A source close to the Pretty Little Liars alum, 31, tells HollywoodLife EXCLUSIVELY that there was a concrete reason why Ashley and G-Eazy, 31, called it quits after nine months of dating. But don’t worry; there’s no major drama here!

It’s a tale as old as time. “Ashley broke up with G-Eazy because their relationship got to a point where they were arguing more often than not, and the romance had just lost its spark,” the source explained. “They fell for each other quickly in the beginning.” Ashley’s friends were actually surprised that she was into the “I Mean It” rapper in the first place, the source added, calling it an “odd pairing” after her two-year relationship with girlfriend Cara Delevingne.

Ashley and Cara split in May 2020, just a couple weeks before the actress was spotted holding hands with G-Eazy. That new relationship progressed rapidly, with Ashley and G-Eazy exhibiting lots of PDA and even quarantining together during the pandemic. Quarantining made the “honeymoon phase last a little longer” for the couple, a source close to the couple told HollywoodLife EXCLUSIVELY.

Unfortunately “reality started to set in,” the source explained. It just came down to the twosome having “different views of the future.” G-Eazy loves to party and travel, while Ashley is more of a homebody. Once COVID-19 restrictions lift… well, everything’s going to change! “Ashley knew that it would be very hard for him to settle down so she decided to separate,” the source shared.

Though her friends were surprised by their pairing, as the first source said, our second source added that they think it’s not over between them for good. There’s likely still more steamy hikes around Los Angeles and face-licking in their future! HollywoodLife reached out to Ashley and G-Eazy’s reps for comment on this story but did not hear back as of press time.