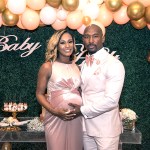 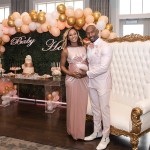 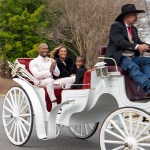 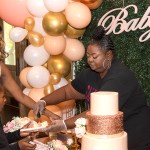 The ‘Love & Marriage: Huntsville’ star recalls the moment she knew that her marriage was over for good.

Melody Holt says that her husband Martell’s refusal to grow and mature after years of self-confessed cheating, was the signal that she needed to finally leave him. On April 4 last year, the 35-year-old Love & Marriage: Huntsville star walked out on her husband after 12 years of marriage and four children together. Despite the pandemic and the challenges that starting over created, the OWN TV star says she knew that she was making the right decision.

“For me, during that time there were certain statements and comments that were made that showed me that he had not matured at all,” Melody tells HollywoodLife EXCLUSIVELY. “That showed me that he was still at step zero and hadn’t even gotten to step three, four or five.”

From the very first season of OWN’s hit unscripted drama, Love & Marriage: Huntsville fans have watched as the Holts tried to rebound from Martell’s infidelity. It was something that they did not shy away from discussing on camera and in front of their fellow African-American power couples and co-stars, LaTisha and Marsau Scott, and Kimmi and Maurice Scott.

Last season their relationship seemed to be going in the right direction after they discovered that Melody was pregnant with their fourth child, Malani, who was born in January 2020. And, at first, when the COVID-19 pandemic promoted a nationwide lockdown, the entrepreneur says their marriage did seem to be in a good place.

“I’m thinking we’re good. We’re at the house with the kids. We pulled the kids out of school before they even said that kids had to come out of school,” Melody says of their older children, Mariah, 9, Martell II, 8, and Maliah, 4.

When Melody suggested that her husband “talk to some of the older men,” she claims he told her that he had. According to Melody, Martell said the elders told him, “Don’t mess around with nobody that doesn’t have anything to lose. Make the person sign a contract.” She also recounts this conversation in the upcoming episode, which airs on Feb. 6.

“Those kind of statements said to me, no, you’re trying to figure out a way to do wrong better,” she says. “You haven’t grown yet and I was just at the point where I’ve [given] you three years at this point. I don’t have any more time to give you to grow up. So, it was that…and one more comment he made. It was all in like a two-day time span and I was out right after that. Bye.”

For his part, Martell has made no secret of the fact that he cheated on Melody and, in the Jan. 30 episode, actually blamed her for his infidelity. “That’s what caused me to step out, because she was no longer taking care of me,” the 39-year-old told his shocked mother.

Melody insists it’s this type of attitude, combined with divine intervention, that motivated her to leave Martell. She says that “God said go” and she followed His lead. “When I left [Martell] said, ‘I’m the nucleus.’ As if I wasn’t going to be able to continue on without him,” she claims. “I told him, ‘No sweetie. That’s where you’re messing up. God is the nucleus.’ And, ever since then, I’ve had my foot on the gas with absolutely no brakes.”

Fans will see how Melody and Martell’s acrimonious split develops in the current season of Love & Marriage: Huntsville, which airs on OWN on Saturdays at 9/8pm Central.