Kelly Ripa has opened up about her youngest son Joaquin Consuelos heading to college in 2021. The TV personality, 50, who shares her three children with longtime husband Mark Consuelos, got candid on the February 3 episode of Live With Kelly and Ryan about her 17-year-old son’s struggles with dyslexia and dysgraphia. “Mark and I were FaceTiming the other night….Mark got very emotional and very choked up,” she began, “because he said, ‘You know, I never thought he would be able to go to college’ because he was profoundly dyslexic and dysgraphic.” 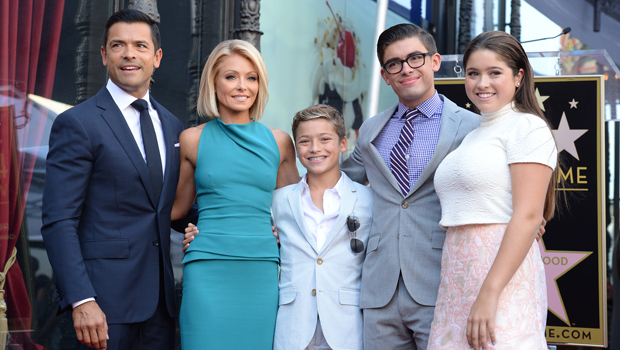 The former soap actor explained that “through hard work and determination,” reading became “one of Joaquin’s favorite things to do” and he now has “lots of options” for university study. “I always say that dyslexia—for our family at least and if you read about it—can be quite a blessing,” Kelly said. “People panic in real-time because they don’t understand it. It’s a much often misunderstood learning difference. But kids with dyslexia learn how to read the room. They pick up on social cues and signals.”

Although her Riverdale star hubby had some doubts about Joaquin’s ability to learn, Kelly said she always believed in him. “You see in him a fire…a desire to learn. That’s the thing is, like, these kids are, I would say, even more capable.” The couple also share 23-year-old Michael and 19-year-old Lola, who are all grown up! Their eldest son graduated from New York University in 2020, and his little sis is a current student. Kelly’s co-host Ryan Seacrest chimed in at the send of the segment, questioning whether Kelly was worried about empty nesting. “I’m fine,” she said. “They keep coming back.” 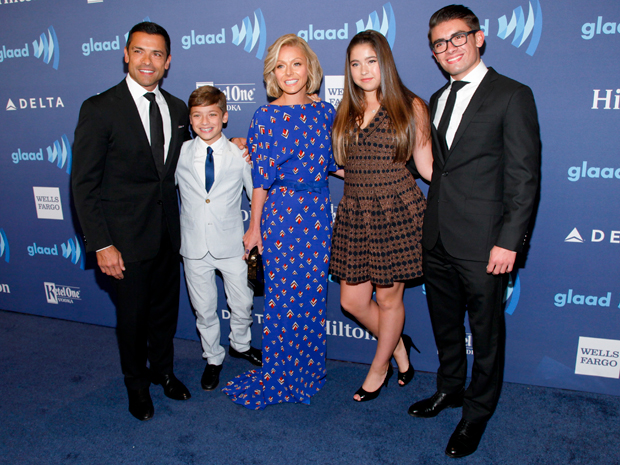 It comes one week after Kelly shared a throwback photo of her and Mark with two of their three children. It’s hard to believe those babies are now young adults! Meanwhile, the married couple looked like they haven’t aged a day since their children were so little. Mark’s face looked exactly the same 20 years ago in the picture as it does today, as did his head of thick, luscious brunette locks.