Wendy Williams, 56, got very candid in a new interview. The host of The Wendy Williams Show sat down virtually with DJ Suss One and opened up about her alleged one-night-stand with Wu-Tang Clan‘s Method Man. “I smoked a blunt with Method Man while I gave him a bath and it was a one-night-stand,” Wendy told the host, unprompted. “And he’ll deny it, maybe not. It wasn’t in the [biopic] because Method Man is still very angry at me. I don’t know [why]. For being me, for telling the truth. It was one night, we were in the club when a fight broke out and gunshots broke out. The fight was ridiculous. The whole Wu-Tang was there. But it was only Meth up in the rafters.”

The daytime TV host, who is the center of a new documentary, Wendy Williams: What a Mess!, then explained that nobody realized who she was when she left the club with the prolific rapper. “He rolled a blunt, we smoked a blunt, we watched the fight, we heard the gunshots, the cops came in. He was rolling with the car from Staten Island with the whole Clan and their people and I guess I batted my eyes and rocked my shoulder, you know how I do, and I said, ‘you wanna come over?’ And he said, ‘yeah’,” Wendy explained.

She added, “People didn’t even realize at the time it was Wendy and one of the biggest stars, the leader of the biggest group in the world, just left, got in her Pathfinder, and went back to her penthouse in Jersey City where she bathed him in her jacuzzi tub and smoked more weed, you know, that was back in the coke days. I don’t remember what he did, I’m not gonna implicate him on that.” 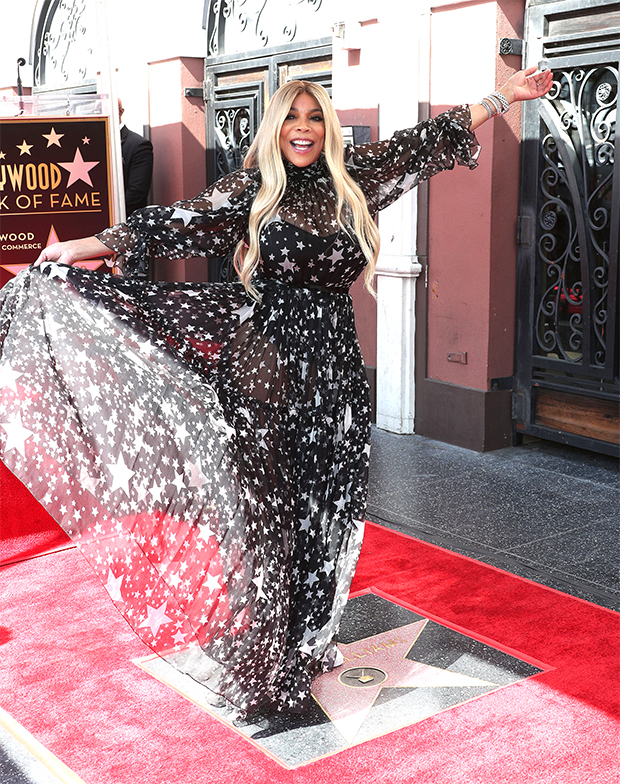 When the interviewer asked whether the pair “went all the way”, Wendy confirmed they did. It comes just days after she shocked the audience at The Wendy Williams Show when she threw some major shade at her ex-husband Kevin Hunter and his alleged mistress, Sharina Hudson. “Welcome to Hot Topics, Sharina Hudson!” Wendy said before sipping her tea and adding, “Getting out of my car … with my money.” Yikes!