Even though fans seemed to have thought they saw they saw last of Michael B. Jordan‘s Erik “Killmonger” Stevens at the end of Black Panther, the 33-year-old actor says he’d still be up part of any future Black Panther MCU projects, despite the tragic passing of lead character Chadwick Boseman. His death from cancer at age 43 left  T’Challa/Black Panther in the balance of whether or not the role would be recast, or if the film series would find a way to somehow move on without Boseman’s title character.

In a new interview, Michael revealed that if he was invited back to reprise his role (and somehow rise from the dead, but ANYTHING is possible in the MCU world) he’d be all for it.“That’s something that is very, very near and dear to my heart for a lot of obvious reasons,” he explained to PEOPLE. Chadwick sadly passed away on Aug. 28, 2020, after a secret four year battle with colon cancer. It left all of his past co-stars shaken and heartbroken. 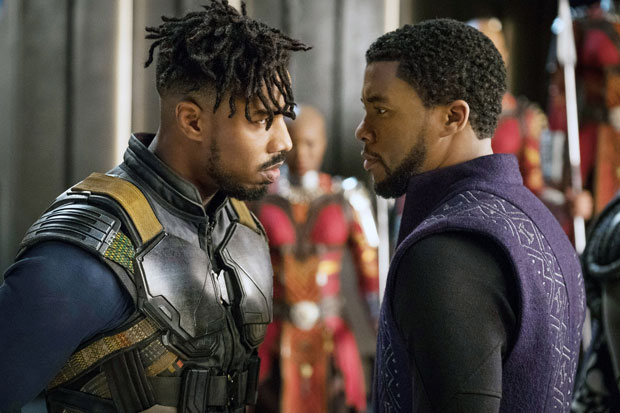 “[I] had a really tough year losing somebody close to me,” Michael said of Chadwick. “And what that means for that franchise is it was devastating. But being in that world in a character that I loved playing, and working with [writer/director Ryan Coogler] and all that good stuff, it’s family. We created a family over there. So to be able to be in that world again is something that, I think, will always be on the table in some capacity,” he told the publication.

(SPOILER) Michael’s character dies at the end of Black Panther, choosing death over imprisonment following the late Boseman’s T’Challa stabbing him in the chest. But his passing as he watched one last sunset over Wakanda could find a way to somehow be reversed…after all it is the Marvel Cinematic Universe at it seems like nothing is totally impossible unless an actor steadfastly refuses to return to their role. 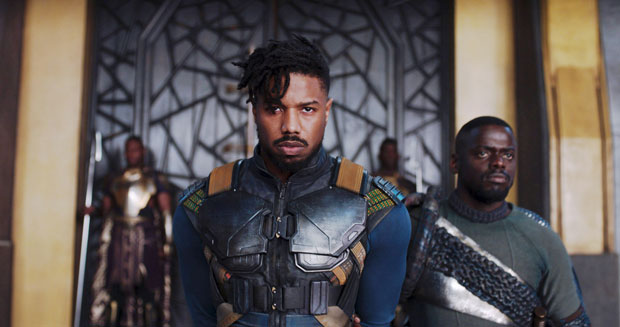 Until then, reigning 2020 Sexiest Man Alive Michael has plenty on his plate professionally. He’s completed Tom Clancy‘s Without Remorse, and  is about to start shooting the drama Journal for Jordan, which he told the publication he’s “extremely excited about,” because he gets to work under “the GOAT,” Denzel Washington, 66.

“Being able to be directed by [Denzel] is a blessing and such a learning experience for me,” Michael said excitely “And also working opposite (love interest) Chanté Adams, who’s a very talented actress coming out of Detroit, and being able to tell a love story, playing [a] real-life person.” Once he wraps that film, Michael is on to the highly anticipated Creed III, where not only is he reprising his role of Adonis Creed, he’s directing the motion picture as well!