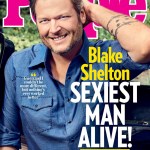 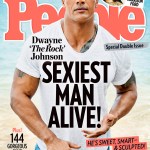 In what a rollercoaster year 2020 has been, handsome actor Michael B. Jordan has come along to make it brighter by getting the honor of ‘People’s Sexiest Man Alive.

Move over John Legend, there’s a new PEOPLE‘s Sexiest Man Alive in town. Actor Michael B. Jordan got the honor for 2020’s SMA, and the news was unveiled during Jimmy Kimmel Live on Nov. 17. There’s no doubt he’s quite the hottie, and fans went wild for the selection. But it was quite a guessing game that Jimmy did with viewers to play up who the lucky recipient could be. Michael first came out in a hazmat suit with his face and body hidden. It was then revealed that the mystery man is a film star, is not married and doesn’t have kids, has not dated Taylor Swift, does not have a celebrity sibling or parent and did not play Aquaman, meaning that it wasn’t hunky Jason Momoa‘s year. Finally off came the yellow suit to show handsome Black Panther star Michael, 33, as his cover was displayed behind him.

The Creed star told the publication, “It’s a cool feeling.You know, everybody always made that joke, like, ‘Mike, this is the one thing you’re probably not going to get.’ But it’s a good club to be a part of.” The magazine’s cover declared Michael “Dashing, Driven and Daring.”

Michael takes over for EGOT winner John, 41, who proved that talent, brains, humor and a social conscious are all just as sexy as big brawny muscles…though he’s also sweetly handsome. With John’s SMA title, fans also got his wife Chrissy Teigen‘s amazing humble brags. When his cover was announced on Nov. 12, 2019, Chrissy, 34, tweeted it out along with the caption, “my secret is out. I have fulfilled my dream of having boned @people‘s sexiest man alive!! an honor!!!!!”

Our new SMA is also NOT a judge on The Voice, as John had followed in the footsteps of Blake Shelton‘s 2017 title and Adam Levine taking home Sexiest Man Alive in 2013. However, there’s always Nick Jonas now in the judge’s mix on the NBC talent competition, which should bode well for his future SMA chances.

Some names on the full roster of Sexiest Men Alive were released early, including Schitt’s Creek creator/actor/writer/director Dan Levy, 37.  He told PEOPLE that “This form of sexy is a niche market.” The incredibly talented Toronto native took home a bundle of 2020 Emmys for the final season of Schitts, including Outstanding Supporting Actor in a Comedy Series, writing and directing wins, and Best Comedy for the show he created with his dad, legendary comedian Eugene Levy.

Other recent past winners of the Sexiest Man Alive title — that haven’t been The Voice judges — include actor Idris Elba in 2018, Dwayne “The Rock” Johnson in 2016, David Beckham in 2015 and Chris Hemsworth in 2014. The remainder of the decade saw Ryan Reynolds get the honor in 2010, followed by Bradley Cooper in 2011 and Channing Tatum in 2012.