Heiress Harris is truly her mother’s daughter! Tameka “Tiny” Harris‘ four-year-old little girl, whom she shares with rapper T.I., has busted out her vocals for a hilarious new TikTok video. “Directly after getting her hair braided. She on TikTok doing videos,” Tiny captioned a January 23 selfie video of little Heiress singing into the camera.” The proud mom then joked that her “baby thinks she’s Xscape‘s 5th member.” It’s clear she’s already taking after her parents’ musical talents!

“This her instagram now,” one fan joked, while another wrote, “Ok Boo go head wit yo headband,” referencing the blue bandana the toddler wore on her head. Just one day prior, the adorable tot showed off her crying ability in an old video her mom found and posted to social media. Heiress was seen scrunching up her face and weeping as she leaned over the phone. Her doting mom explained that her daughter’s mood wasn’t related to anything serious, as she joked in the lighthearted caption, asking other mothers if their kids did the same thing. 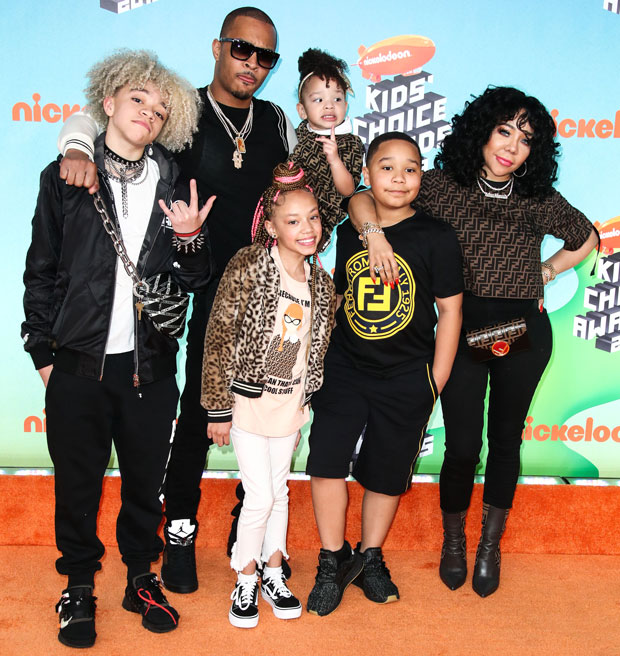 “I’m going thru my pictures & of course I find tons of videos of @heiressdharris making tiktok videos but this one here took the cake!! My lil actress why does she have real tears⁉️ How many mothers have to deal with this⁉️ @disney @nickelodeon COME GET HER‼️ Lol,” the funny caption read. Tiny’s followers quickly jumped into the comments section, noting that her mini-me daughter had some serious talent. “Heiress is a superb actress!!!! Yaaasss lil mama,” one follower wrote while a second fan called her “so precious and a smart little girl.. The future.” A third follower even declared, “she’s the cutest!!” It seems Heiress has a bright future in show biz!