If you’ve been on the internet over the past week, you’ve probably heard something about a rumored love triangle between three young Disney stars. Olivia Rodrigo, 17, first dropped her record-breaking hit, “Drivers License”, then Sabrina Carpenter, 21, issued, what many fans believe is, her response with a new song, “Skin”. Now, Joshua Bassett, 20, who rounds out the rumored love triangle, has reacted to Sabrina’s January 22 track, writing on his Instagram Story, “been stuck in my head since i heard it!!! congratulations [Sabrina Carpenter] on ‘Skin’, the new label, & all that’s to come!!!”

“been stuck in my head since i heard it!!!" pic.twitter.com/WGjztemqA9

While Sabrina never mentioned anyone by name in the new track, fans naturally interpreted the song as a direct response to the High School Musical: The Musical: The Series star’s song “Driver’s License”. The breakup ballad was seemingly inspired by her co-star Josh, and his rumored romance with 21-year-old Sabrina. In the track, which debuted number one on the Billboard Hot 100, earned 76.1 million U.S. streams in one week, and went viral on TikTok, Olivia sings about a “blonde girl” who is “so much older” than her. 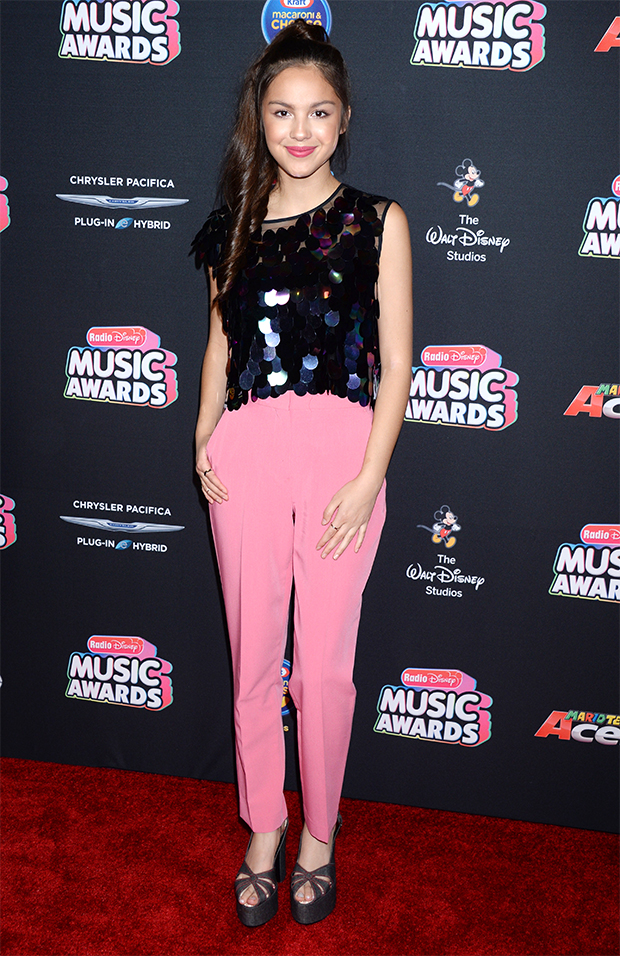 In Sabrina’s “Skin”, she sings, “Maybe we could’ve been friends if I met you in another life / Maybe we could pretend there’s no gravity in the words we write / Maybe you didn’t mean it / Maybe blonde was the only rhyme.” Fans quickly noticed those weren’t the only seemingly pointed lyrics in the song. In the chorus, Sabrina then sang about a mysterious “he”, and a scorned third person. “You can try to get under my, under my, under my skin / While he’s on mine / Yeah all on my, all on my, all on my skin / I wish you knew that even you can’t get under my skin / If I don’t let you in.”

Meanwhile, “Drivers License” has shattered Drake‘s streaming record for “God’s Plan”, becoming a Gen Z anthem and the first big hit of 2021. Olivia recently spoke to Billboard about the lyrical content of her massive hit. “I totally understand people’s curiosity with the specifics of who the song’s about and what it’s about, but to me, that’s really the least important part of the song,” she explained. “It’s resonating with people because of how emotional it is, and I think everything else is not important. …To see it do really well — to have this really painful moment in my life, and turn it into something beautiful that can maybe help people through a tough time that they’re having, like I was having a tough time — it’s just so empowering. I feel grateful that I got to do that.”