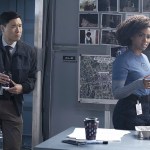 If you’ve been watching Marvel movies and now ‘WandaVision,’ you’ve likely noticed Wanda’s accent has disappeared. Elizabeth Olsen explained that Wanda’s accent is ‘not gone’ and is ‘absolutely still there.’

When Elizabeth Olsen’s Wanda Maximoff, a.k.a. Scarlet Witch, became a central character in Avengers: Age of Ultron, she had an undeniable Sokovian accent. Over the course of multiple films, Wanda’s accent slowly disappeared. In the Marvel series WandaVision, the accent is totally gone. Many fans believed Marvel just did away with the accent, but the accent (and lack thereof) is still an important aspect of the story.

“It hasn’t gone anywhere,” Elizabeth told Collider. “There have been reasons for everything. It lightened up when she started living in the States, and in WandaVision she is playing the role of being in an American sitcom and so it’s not gone. It is absolutely still there.”

Wanda’s accent has been the subject of many questions since it started disappearing. Directors Joe and Anthony Russo, who directed 4 films in the Marvel Cinematic Universe, revealed some backstory in 2018 behind why Scarlet Witch lost her accent.

“We have intentionally tried to strip that accent away for a couple of reasons,” the brothers said on the Happy Sad Confused podcast. “One is you’ll notice at the beginning of Civil War that Black Widow is training her to be a spy, and two is she’s been on the run, and one of the most distinguishing characteristics that she has is her accent.”

In the first two episodes of WandaVision, Wanda and Vision are seemingly living the perfect sitcom life. However, there are multiple hints that something is very off in this alternate reality. Wanda finds a toy helicopter with the S.W.O.R.D. symbol on it. S.W.O.R.D. is a subdivision of S.H.I.E.L.D.  Later, Wanda also sees a man who appears to be a beekeeper wearing a hazmat suit with the S.W.O.R.D. symbol on it. At one point, someone calls out to Wanda via the radio and asks, “Who’s doing this to you, Wanda?” New episodes of the series air Fridays on Disney+.