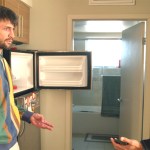 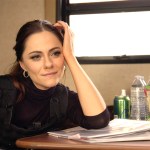 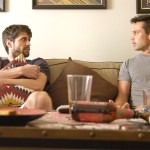 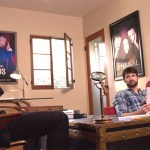 After a whirlwind journey, James Lafferty and Stephen Colletti’s new show ‘Everyone Is Doing Great’ is now on Hulu. HL spoke EXCLUSIVELY with the cast about how life after ‘OTH’ inspired the show and season 2.

The long road to Everyone Is Doing Great’s debut on Hulu has been worth it for creators James Lafferty and Stephen Colletti. The new series, which premiered Jan. 13, follows two actors, James and Seth, who are stuck in a rut 5 years after their hit vampire series Eternal came to an end. They’re both handling their career slump very differently, with Seth focused on getting back to work while Jeremy is not. Jeremy is also dealing with his wife and former co-star, Andrea, whose career has taken off.

HollywoodLife talked EXCLUSIVELY with James, Stephen, and Alexandra Park about the series. James and Stephen revealed the show was inspired by their own lives after One Tree Hill ended in 2012. “Stephen and I had lived a pretty interesting life post-One Tree Hill,” James told HollywoodLife. “Every time we got together, we had a lot to laugh about in terms of our experiences in the industry. And just, frankly, how much tougher things were than we thought they were going to be. Naturally, we just didn’t feel sorry for ourselves. We just thought it was kind of hilarious. We knew we were going to have to get through it, and so that’s where the idea really started. [We thought] maybe we can explore some of that, maybe there’s some comedy in there that people would really enjoy. I brought it to him and, and he helped me really run with it. He made it his own as well. We were off and running pretty quickly after that, [and] it all kind of fell into place.”

Their own real-life experiences in the entertainment industry served as the basis for the show. Stephen added, “It was really our jumping-off point of like, as James mentioned before, all these experiences that we’ve encountered along the way, as we’ve matured through this industry, and what we’ve seen,” Stephen said. “What’s one of the best ways to deal with things therapeutically, and that’s over some laughs. Hopefully, we were able to take a lot of these stories and experiences we’ve had and weave them into a story of these characters. All those different kind of almost anecdotes and things that have happened to us fit into different characters. But it was important for us, especially embarking on this journey as a couple of amateur comedians — not comedians at all — but trying to dip into comedy, that we were very specific about what we knew was funny to us. And if we start there, hopefully, that’ll bleed out into the rest and other people will maybe find it funny as well. So it was important for us to definitely start with what we knew very well.”

Everyone Is Doing Great has been a passion project for both James and Stephen. The series was crowdfunded following its debut at the ATX Television Festival in 2018. James and Stephen went all over the country promoting the show before it was acquired by Hulu in Dec. 2020. The first season consists of 8 episodes, and the co-creators are already hopeful about a season 2.

James, Stephen, and Alex also teased what to expect from their characters over the course of the first season. James noted that Jeremy doesn’t “have the self-determination to find out who he is post-Eternal. In fact, he’s so scared of failure that he has just given up trying altogether.” James added that Jeremy is in a “selfish” and “immature” place at the moment. “He hasn’t really grown up, and he hasn’t really faced the music in terms of what this next stage of his life is going to need out of him. I think Seth and Andrea find themselves in this position where they’re trying to figure out what they can really do for him, if anything, or if this guy even fits in their lives at all anymore,” he continued.

As for Andrea, Alexandra revealed that her character seemingly has her life figured out, but that’s not exactly the truth. Andrea will have an “internal journey” in the first season. “She’s the one who went straight on to another show and the guys are sort of left behind a little bit, but I think deep down she’s wondering whether chasing perfection really does make you that happy,” Alexandra said.

When it comes to Seth, Stephen teased a “push and pull” for Seth when it comes to Jeremy and Andrea. “They’re having marital issues, so they come to lean on him,” Stephen told HollywoodLife. “He’s caught in the middle a little bit, and you see a little of that push and pull and him trying to balance that while his life isn’t exactly going very smooth at all, either.”