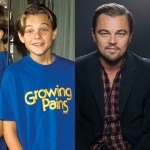 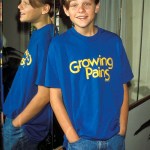 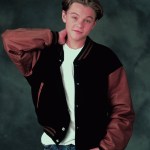 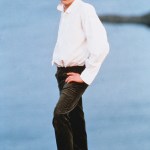 Leonardo DiCaprio has a movie star face if there ever was one. He’s hiding it behind a scraggly beard and mustache to play a scientist in his new film ‘Don’t Look Up.’

Leonardo DiCaprio is putting away his handsome and suave One Upon A Time In Hollywood, The Great Gatsby and The Wolf of Wall Street good looks for his latest role. He’s playing an astronomer opposite a red-headed Jennifer Lawrence in the new comedy Don’t Look Up, and he has really changed up his appearance for the part. The 46-year-old Oscar winner was photographed filming in Boston on Jan. 4, 2021, and there’s no way his fan base would have recognized the hunk under his new heavy beard and mustache.

Leo has also dyed his golden bronde locks and very dark brown. In addition to his bushy facial hair, a pair of glasses help obscure his beautiful blue eyes as he was in character as Dr. Randal Mindy in the new Adam McKay Netflix comedy. It stars Leo and J-Law as “A pair of astronomers try to warn everyone on Earth that a giant meteorite will destroy the planet in six months,” per imdb.com. Leonardo plays Dr. Randall Mindy, and Jennifer has appeared alongside him in most of the scenes being shot in the Boston area, apparently playing his assistant named Kate Dibiasky.

Leonardo also is dressed way down for the film, far away from his snazzy late 60s wardrobe from OUATIH and 80s suits in TWOWS. He was seen looking downright frumpy in the photos from the set, wearing a brown corduroy blazer, mismatched white and blue plaid shirt button-up shirt, loose fitting blue jeans and well worn trainers on his feet.

It isn’t just Leo who got a major makeover for the new project. Jennifer, 30, has bright red shoulder length hair with very short bangs for her role. She was seen in an orange sweater, jeans and a green bomber jacket for her scenes with The Revanent star on Jan. 4. J-Law’s last leading screen role was in 2018’s spy thriller Red Sparrow, while Leonardo appeared in 2019’s OUATIH . Both stars are very picky about the roles they choose, so Don’t Look Up must be one hell of a script!

The combo of  Leo AND Jennifer in a new film is an exciting prospect enough, to see these two Academy Award winning talents share the screen together. And in a comedy nonetheless (in addition to a political satire/disaster film)! So already 2021 is giving movie fans something to look forward to. In addition to these two titans of acting, Meryl Streep plays President Janine Orlean, Leo’s TWOWS co-star Jonah Hill portrays her son Jason Orlean, and other actors with parts in the film include Timothee Chalamet, Cate Blanchett, and Chris Evans. Even singer Ariana Grande is in on the action, as a character named Riley Bina. This cast is beyond all-star, and we’re so stoked to see it when Don’t Look Up hits Netflix later in 2021.