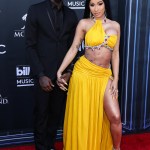 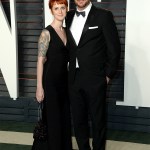 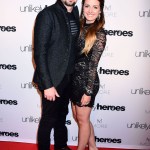 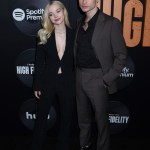 Zoe Kravitz, 32, and husband Karl Glusman, 33, are headed into the new year as a separated couple after the actress filed for divorce on Dec. 23, according to court records obtained by PEOPLE. A rep for Zoe also confirmed the sad and shocking news to the outlet.

Although Zoe and Karl have yet to address the news themselves, Zoe did take to Instagram over the past couple of days to share numerous photos of various things to welcome in 2021. The first was a selfie and showed her posing with a serious face on New Year’s Eve. “bye 2020. you f*ckin weirdo,” her caption for the pic read. The others, which included a fireplace, a moon, fruit, and another selfie, which can be seen below, were all posted on Jan. 2 with the caption, “new year. little things.”

Zoe and Karl’s split comes just 18 months since they got married at her dad, Lenny Kravitz‘s Paris home in June 2019. They were first romantically linked around in Oct. 2016 and seemed inseparable. Zoe even posted a touching social media post, which included a black and white photo of them on their wedding day, for their one-year anniversary and captioned it with, “one year.”

Karl also took to his social media to share a touching post about their year of marriage. “One year. *🌀‼️❔*🌀❕Not the year we expected… but I feel like if we can make it through this, we can take on anything,” he wrote. “I love you. More than anything.”

“You’re my best friend… you crack me up and you melt my heart… you call me out on my bulls— and you challenge me to grow… I love you for that. And I’ll do anything and everything for you until the day I die,” he continued. “Now let’s go save the world @zoeisabellakravitz.”

Zoe first casually announced her engagement to Karl after a reporter noticed her ring during a 2018 interview with Rolling Stone. “Oh yeah, I’m engaged,” she said. “I haven’t told anyone yet — I mean, I haven’t told the world. I wanted to keep it private.”

She also revealed that Karl has planned to propose in Paris but ended up doing it in their living room. “He nailed it,” she said. “And I love that it wasn’t this elaborate plan in Paris. It was at home, in sweatpants.”