Rob Kardashian‘s little girl is growing up right before his eyes. His daughter Dream Kardashian celebrated her 4th birthday with a lavish Disney-themed bash at grandma Kris Jenner‘s Calabasas home on November 11. The party, which featured some of the Kardashian family members dressed up as Disney characters, came one day after Dream’s actual birth date. The big event meant a lot to Rob, who was overjoyed and near teary-eyed after feeling so much love and support from his family.

“Rob is so grateful to his mom and sisters, they always go above and beyond and it was no different for Dream’s party,” a Kardashian source told HollywoodLife, exclusively. “It was the perfect Disney princess party and he was overjoyed seeing how happy his little girl was — he got emotional. Rob feels very fortunate to have his family’s help and support to always make the best memories for Dream,” the insider said, noting that Rob especially enjoys the bond between his daughter and his family.

“He loves that Dream is so close to his family and to her cousins. He wants her to always have that bond. Nothing means more to Rob than family and seeing his family love his daughter and how much she loves them back is really just about as good as it gets,” the source explained.

Dream’s 4th birthday bash was filled with tons of balloons, a tasty cake and colorful costumes. She was even greeted with a lavish gold balloon display that read: “Happy Birthday Dream.” More balloons that featured Disney princesses, including Cinderella, Moana, Rapunzel and Belle, filled Kris’ home. Dream’s multi-tier cake was centered around a Beauty and the Beast theme, with her name spelled out in icing. Her cousin Penelope Disick even dressed as Belle for the occasion, along with P’s mom Kourtney Kardashian, who dressed as a magical fairy godmother.

“Everybody went above and beyond to celebrate and covered Kris’ house with beautiful Disney themed decorations,” a second Kardashian source said, further adding, “Everyone went all out and dressed up in full costume, and it meant everything to Rob. His entire world revolves around Dream and he knows that his family has so much going on, especially with the holidays, so it was really special not only Dream, but him,” the second source explained. 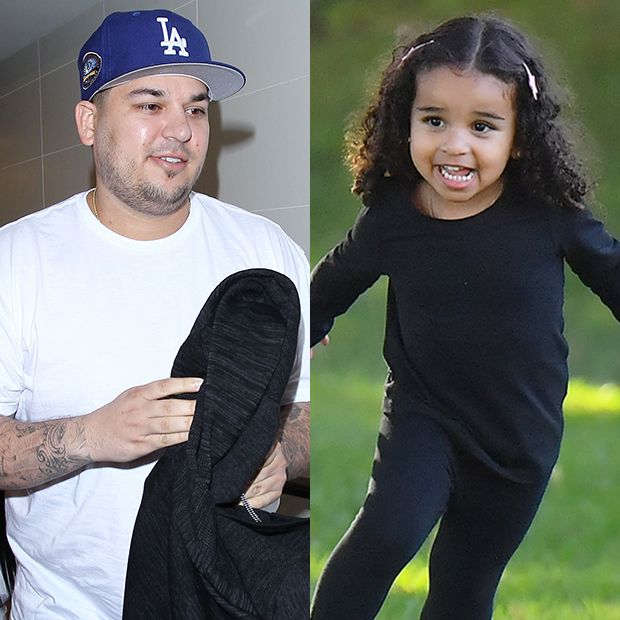 As for Dream’s mom, Blac Chyna? — “Co-parenting with Chyna is mandatory and they figure it out for the benefit of Dream,” a third source close to Rob told us. “If they can get along for that then the rest is a wash. Rob’s main priority is Dream, and to make her life easy is the goal. He needs Dream’s life to be as normal as possible and her birthday was exactly what he had hoped it would be,” the third insider said, noting that, “Everyone was on the same page” when it came to Dream’s birthday.

On November 10, (Dream’s actual birthday) Chyna threw their daughter a separate Disney-themed party. Friends shared cute clips from the gathering, including one video that showed Dream blowing out her candles. The youngster also dressed as Princess Belle for Halloween.

Rob and Chyna welcomed their first child together in 2016, and split shortly after that.  The tumultuous exes have managed to co-parent their daughter, despite a number of legal battles — including his request for primary custody of Dream earlier this year, which was denied.