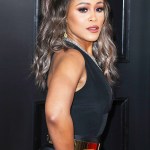 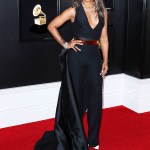 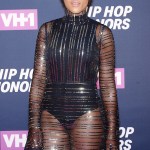 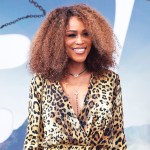 Eve revealed on Monday, November 2, that she will be leaving ‘The Talk’  at the end of December 2020 after four seasons on the CBS daytime talk show. Learn more about her decision.

After four seasons on CBS’s The Talk, Eve announced on Monday, November 2, that she would be departing the show at the end of December. The rapper and singer, 41, confessed that she couldn’t see herself traveling back from London, where she and her husband of six years, Maximillion Cooper, currently reside. “At the end of December, this will probably be my last time on the show in this capacity,” Eve shared in her video announcement, which you can watch above.

“I have had the most beautiful experience. I’ve grown as a woman, as a person. I’ve said it once, I’ll say it again, I never thought that being on a talk show would be this much of an opening of my spirit, soul, personality, everything. Sitting on stage with all you women has been the best thing ever. I truly love you,” Eve said of her fellow hosts. She then extended her deepest gratitude to the crew who worked to make the show the best it could be each and every day, especially under the constraints of the coronavirus pandemic.

“It’s hard, I love everyone…I miss you and I love you and I’m thankful,” she said. “I am all the hashtags — blessed, grateful, you know, lucky. I’m all the hashtags and it’s real.” Eve further explained her current living situation and addressed how the lockdown in England is affecting her family.

“We’re [England] on another lockdown from Thursday, and that’s another reason,” she explained. “Obviously staying home has been such a blessing because my husband and I got to know each other in a different way, a beautiful way. So I want to be closer to him. I want to concentrate on expanding our family, being with my family.”

Eve officially joined The Talk in October 2017. Prior to her time on the show, she was, and continues to be, an incredibly successful actress and music artist. Eve’s recent TV appearances have been on Empire, Jane the Virgin, and in the 2016 film Barbershop: The Next Cut, where she reprised her role as Terri — she starred in the original Barbershop, which premiered in 2002. In total, Eve appeared in more than 600 episodes of The Talk. Given the incredibly strong, supportive bonds the women on the show share with one another, we know that she will be deeply missed by her co-hosts — Carrie Ann Inaba, Sharon Osbourne, and Sheryl Underwood.