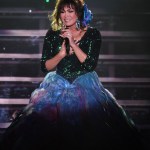 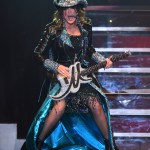 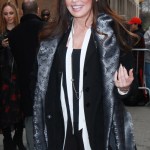 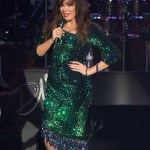 Marie Osmond is leaving her job as co-host on ‘The Talk’ to enjoy time with her husband, Steve Craig, and their kids and grandkids, and she’s also working on a new show.

Marie Osmond, 60, is hanging up her hat as a regular co-host of The Talk after one season, CBS confirmed in a statement to Deadline. “Marie is a consummate professional, and we thank her for sharing her personal experiences, insight, as well as incredible talents, with our audience,” the network said. “We will miss her humor, kindness and good nature, and wish her much success in her future endeavors.”

Shortly after the news went public, Marie took to Instagram to share her own thoughts about leaving one chapter and starting another, and revealed that she is looking forward to spending more time with her husband, Steve Craig, now that her two last kids have gone off to college. She also mentioned The Talk‘s executive producer, John Redmann, who is also leaving the show after 10 seasons, and teased a new projects.

“One of the highlights of my year at #TheTalk was working with my dear friend John Redmann (former EP and showrunner) and I’m excited to continue our working relationship on several projects we are developing,” she wrote alongside a gorgeous photo of her posing in a pink blazer over a white top. “Also, my husband and I just dropped our last two kids off at college, we looked at each other, laughed and remembered we hadn’t been this alone together since 1982!! So, at this stage of my life, I’m looking forward to spending more time with him and visiting all the kids/grandkids. ♥️”

News of Marie’s departure comes just as The Talk is getting ready to start season 11. She started the show last season and joined fellow co-hosts Eve, 41, Sheryl Underwood, 56, Sharon Osbourne, 67, and Carrie Ann Inaba, 52, after longtime host Sara Gilbert, 45, left. She also served as a guest co-host on the show in the past and would often talk about her own personal experiences when they could relate to the topics of the day. One sensitive subject she opened up about was her son Michael‘s suicide at the age of 18 in 2010 and how she was shamed for returning to work after it happened.

“I’ve been shamed before,” she said on the show. “If you take the topic of shame, you can say what you want about me, but when they start attacking your children, or your family, or these types of things…I think this world is into too much of this shaming thing. If, for example, when my son died — I chose to go to work a week after his funeral. And the people were so cruel, because of me choosing to show my children they had to keep living. And you know, the things that they said…it hurt my children more than anything, that they would go through that.”

She also admitted she was shamed for attending her daughter Jessica‘s wedding.  “Another thing, recently, is, my daughter is gay, and I went to her wedding,” she said. “She just got married, and people were shaming me — because of supporting my daughter. And you know, the thing is that, you should never shame anyone…especially for loving your child.”

We’re wishing Marie a lot of success and happiness in the future!