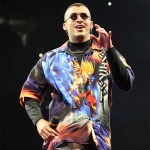 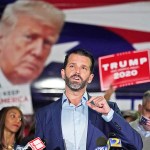 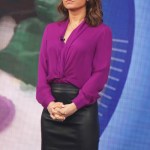 Months after Dr. Anthony Fauci began informing the US public about COVID-19, Trump has threatened to fire the contagious disease expert who’s worked with six presidents.

UPDATE, 11/2/20, 12:39pm ET: After Dr. Anthony Fauci criticized his handling of the coronavirus in an interview, President Donald Trump threatened to fire the NIAID head at a campaign rally. Amidst cheers of “Fire Fauci” from a raucous, maskless crowd in Florida, the president implied that he would after November 3. “Don’t tell anybody, but let me wait until a little bit after the election,” he said to cheers. “I appreciate the advice. He’s been wrong a lot.”

Trump, however, does not have the authority to fire Fauci. That lies with the head of the National Institutes of Health, Francis Collins, who already said that he won’t do it. The incident came one day after White House spokesperson Judd Deere attacked Fauci for comments he made to The Washington Post about Trump’s handling of the pandemic. “It’s unacceptable and breaking with all norms for Dr. Fauci, a senior member of the President’s Coronavirus Taskforce and someone who has praised President Trump’s actions throughout this pandemic, to choose three days before an election to play politics,” Deere told CNN.

ORIGINAL: Dr. Anthony Fauci, 79, a top expert in infectious diseases, has been gaining national attention for speaking out about the highly contagious COVID-19 aka coronavirus, including some recent statements that contradict what President Donald Trump, 74, has been advising the public. After he criticized Trump’s way of giving the public knowledge about the virus in an interview with Science magazine, the immunologist and head of the National Institute of Allergy and Infectious Diseases (NIAID) was noticeably absent from a White House press briefing Trump gave about the spread of the pandemic on Mar. 23.

Since Vice President Mike Pence has been assigned as the White House official handling the coronavirus concerns, he needs to give all press, including Dr. Fauci, approval to attend press conferences for interviews about the pandemic and now that he’s been absent, it’s leading many public health figures and politicians to accuse the White House of trying to silent the health officials who don’t agree with them. Here are five things you should know about Dr. Fauci and the impact he’s had on the current coronavirus, which has already infected 382,200 people worldwide, including 46,328 Americans.

1. His public comments about the reality of the coronavirus have been very upfront and many of them don’t match up with Trump’s comments. One of the important things the two disagreed on was when a vaccine for the new coronavirus would be available. While Trump publicly said the U.S. would have a vaccine for the virus quickly, Dr. Fauci said he doesn’t expect one for another year and a half. In the beginning stages of the virus, Trump also said it would disappear soon while Dr. Fauci admitted he thought the world was about to have a pandemic, which the World Health Organization confirmed on March 11.

2. He thinks the coronavirus will “be bad” but not “really bad”. “It could be really, really bad. I don’t think it’s gonna be, because I think we’d be able to do the kind of mitigation,” he said on March 3. “It could be mild. I don’t think it’s going to be that mild either. It’s really going to depend on how we mobilize.” He also said that people with underlying health conditions, including the elderly, are the most at risk when it comes to the coronavirus being life-threatening. He said the ways the elderly can avoid this is to limit their travel and not be around large crowds.

3. He’s been the head of NIAID and an important figure through many global health concerns, including Ebola, Zika, and HIV/AIDS. The intelligent doctor became the director of the NIAID in 1984 and was responsible for doing a lot of research on established and emerging diseases. In addition to the ones already stated above, he’s worked on respiratory infections, tuberculosis, malaria, and autoimmune disorders such as asthma and allergies. He was also one of the central architects of the President’s Emergency Plan for AIDS Relief (PEPFAR) during the AIDS crisis and it helped save millions of lives, according to the NIAID.

4. His achievements have resulted in him receiving many impressive awards. He is the 41st most cited researcher of all time, his NIAID profile states, and he has developed therapies that have been successful in helping control previously fatal inflammatory and immunity diseases.

5. He attended Cornell University Medical College. Born in Brooklyn, New York, Dr. Fauci first began his experience with the medical field by helping his father, who was a pharmacist, deliver prescriptions. After going on to study at Cornell, he did his internship and residency with The New York Hospital-Cornell Medical Center. Although he was initially interested in playing basketball while in high school, he eventually decided to pursue a field as a medical researcher and felt like his career took a turn and gained traction in 1981 when the AIDS crisis started appearing and he decided to study it.