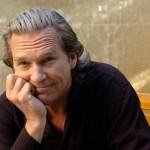 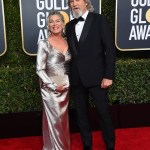 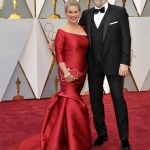 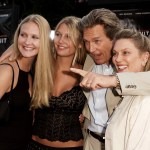 Jeff Bridges shared heartbreaking news on Oct. 19: ‘The Big Lebowski’ star has been diagnosed with a cancer that affects the lymph system.

UPDATE (12/14/20, 5:30 PM ET): Jeff gave fans an update on how he’s doing, showing off his sense of humor while revealing that he’s “feeling good.” He shared an Instagram photo while on the balcony overlooking a beach. His trademark shoulder-length grey locks are gone, as Jeff revealed that he shaved his head and just celebrated turning 71 on Dec. 4. He had a cute little golden pup on his lap, as he wrote that he got a puppy named Monty to keep him company during his cancer battle.

UPDATE (10/19/20, 10:07 PM ET): Touchstone Television and FXP (the studios producing Jeff Bridges‘ upcoming television series, The Old Man) in addition to FX on Hulu (which’ll stream the show) issued the following statement to HollywoodLife: “Our thoughts go out to Jeff and his family during this challenging time and they have our love and support. We wish him a safe and full recovery.  And, as Jeff always says, ‘We are all in this together.’ Jeff, we are all in this together with you.”

ORIGINAL: Jeff Bridges, 70, has sadly been diagnosed with a type of cancer called lymphoma. The legendary actor used a line from his most iconic character “The Dude” in the 1998 film, The Big Lebowski, to gently break the news on Oct. 19. “As the Dude would say.. New S**T has come to light. I have been diagnosed with Lymphoma,” Jeff tweeted on Monday evening.

As the Dude would say.. New S**T has come to light.

I have been diagnosed with Lymphoma. Although it is a serious disease, I feel fortunate that I have a great team of doctors and the prognosis is good.

I’m starting treatment and will keep you posted on my recovery.

Lymphoma is “a general term for cancers that start in the lymph system,” according to the CDC, which reports that there are two types of lymphoma: Hodgkin lymphoma and Non-Hodgkin lymphoma (stars and well-known figures like Abby Lee Miller, Gene Wilder, Mr. T and Jackie Kennedy have battled various forms of lymphoma as well). Although Jeff didn’t provide too many details, he did write that this “is a serious disease.” However, there was some optimism in the shocking announcement.

I’m profoundly grateful for the love and support from my family and friends.

Thank you for your prayers and well wishes. And, while I have you, please remember to go vote. Because we are all in this together. https://t.co/6sAU4MYixl

“I feel fortunate that I have a great team of doctors and the prognosis is good. I’m starting treatment and will keep you posted on my recovery,” Jeff revealed. Despite suffering from such a disease, Jeff still managed to encourage his many fans to vote ahead of the Nov. 3 U.S. presidential election in another tweet: “I’m profoundly grateful for the love and support from my family and friends. Thank you for your prayers and well wishes. And, while I have you, please remember to go vote. Because we are all in this together. http://Vote.org Love, Jeff.”

Stars sent their condolences to the beloved actor. Do the Right Thing star Rosie Perez tweeted, “Oh my. Man. My prayers are with you my friend. Sending love and a big hug. xo,” while Star Trek star George Takei wrote, “You’re a fighter. You can beat this.” Patricia Arquette — whose sister Rosanna Arquette starred alongside Jeff in the 1986 action flick 8 Million Ways To Die — chimed in, writing, “Sending you and your family love and healing,” and comedian Kathy Griffin wrote, “Jeff, sending you the wish, the hope, that you get everything you need and anything you want.”

Sending you and your family love and healing.

This is Jeff’s first known big health scare. The famous actor has enjoyed a successful career since making his film debut as just an infant in the 1951 film, The Company She Keeps. He has been nominated for seven Oscars throughout his lifetime for his roles in The Last Picture Show (1971), Thunderbolt and Lightfoot (1974), Starman (1984), The Contender (2000), Crazy Heart (2010), True Grit (2010) and Hell or High Water (2017) — Jeff took home the Academy Award for his role in Crazy Heart.

Jeff most recently starred in the 2018 film Bad Times at the El Royale alongside stars like Cynthia Erivo, Dakota Johnson, Jon Hamm and Chris Hemsworth and has been filming for a new FX television mini-series called The Old Man. Jeff has been married to his wife, Susan Geston, since 1977 and together they share three daughters: Isabelle Bridges, 39, Jessica Lily Bridges, 37, and Haley Roselouise Bridges, 35.