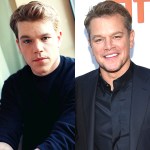 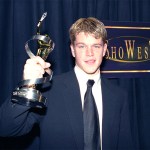 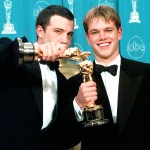 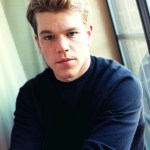 A-lister Matt Damon burst onto the scene in the late 90s, and has been a fixture in Hollywood ever since. On his 50th birthday, look back at photos of the actor through the years.

Hollywood mainstay Matt Damon is 50! The Academy Award winner has been a staple in the industry for decades, and it seems like just yesterday he was breaking onto the scene as the baby-faced writer and star of Good Will Hunting. Matt and his childhood pal Ben Affleck rose to fame alongside each other when the film, which was set in their hometown of Cambridge and drew from their own experiences, went on to receive nine Academy Award nominations and grossed $225 million.

Matt’s star has been on the up-and-up ever since! He went on to earn critical acclaim for his multiple star turns in films like Saving Private Ryan, The Talented Mr. Ripley, and The Departed. Of course, he also landed the title role of Jason Bourne in the Bourne franchise and played a con man in the Ocean’s trilogy. Now an acclaimed actor, he received more acting nods from the academy when he was nominated at the Oscars for his roles in Invictus and The Martian.

As for his personal life, Matt wed Luciana Barroso in a private ceremony in 2005, which was attended by a select few including his BFF Ben and Mayor Bloomberg. The couple share three children: Isabella, born in 2006, Gia, born in 2008, and Stella, born in 2010. Matt also has a fourth step-daughter Alexia, from his wife’s previous marriage. Throughout the coronavirus pandemic in 2020, the Damon clan have been spotted out-and-about, clearly enjoying their family time.

Recently, the family were seen on July 15 having a fun day at the beach in Malibu. Weeks later, Matt went on a solo beach trip and the Good Will Hunting star decided to go surfing. When he took a break from the waves, he was snapped rolling down his wetsuit to take a breather, and showed off his incredibly fit physique. We can’t believe he’s 50! Scroll through the gallery above for a trip down memory lane.