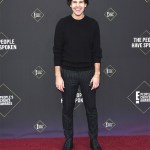 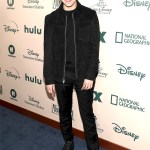 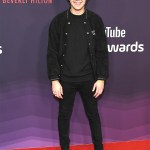 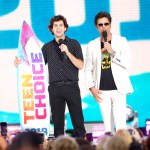 David Dobrik got very intimate with Charlotte D’Alessio for his new perfume ad, and the 22-year-old model even teased that they now have ‘a video to show’ their ‘kids’!

Has someone finally tied down David Dobrik? This is what everyone was asking after the 24-year-old YouTube star released an ad for his new fragrance, “David’s Perfume by David Dobrik,” starring none other than 22-year-old model Charlotte D’Alessio. David and Charlotte played each other’s love interests in the video that dropped on Oct. 2, which was essentially a montage of romantic scenes: David and Charlotte feeding each other whipped cream, getting cozy on the beach and at one point, even cuddling under the sheets.

Charlotte even joked that they have a video to show their “kids,” which certainly raised eyebrows. “Commercial for @davidsperfume congrats u legit psycho @daviddobrik at least now we have a video to show our kids,” the model wrote on Instagram after sharing the ad. David jumped into her comments section to write, “Thank you for carrying the whole thing and teaching me how to not burst into laughter during every moment hahaha.”

Elsewhere in Charlotte’s comments section, fans demanded to know if she and David — who was recently nominated for an E! People’s Choice Award — are actually dating. “Is this a perfume promo? Or a video saying y’all are dating?,” one fan asked, and another had a similar question: “So I’m confused is it your announcing you have a gf now or is it the perfume or both???? A third fan gushed, “please tell me he found someone because you GUYS ARE CUTE.”

Interestingly, Charlotte is good friends with singer Madison Beer — who also sparked romance speculation with David earlier this year, thanks to a flirty TikTok that they filmed together. However, the two are just friends (a running joke is that David always turns down flirtatious advances from women).

David’s last high-profile relationship was with fellow YouTube star Liza Koshy, 24. Their relationship was famous in the YouTube world, so the duo nearly broke the Internet when they announced the end of their over two-year relationship via a video titled “we broke up” in June of 2018, which has since racked up more than 67 million views on YouTube.